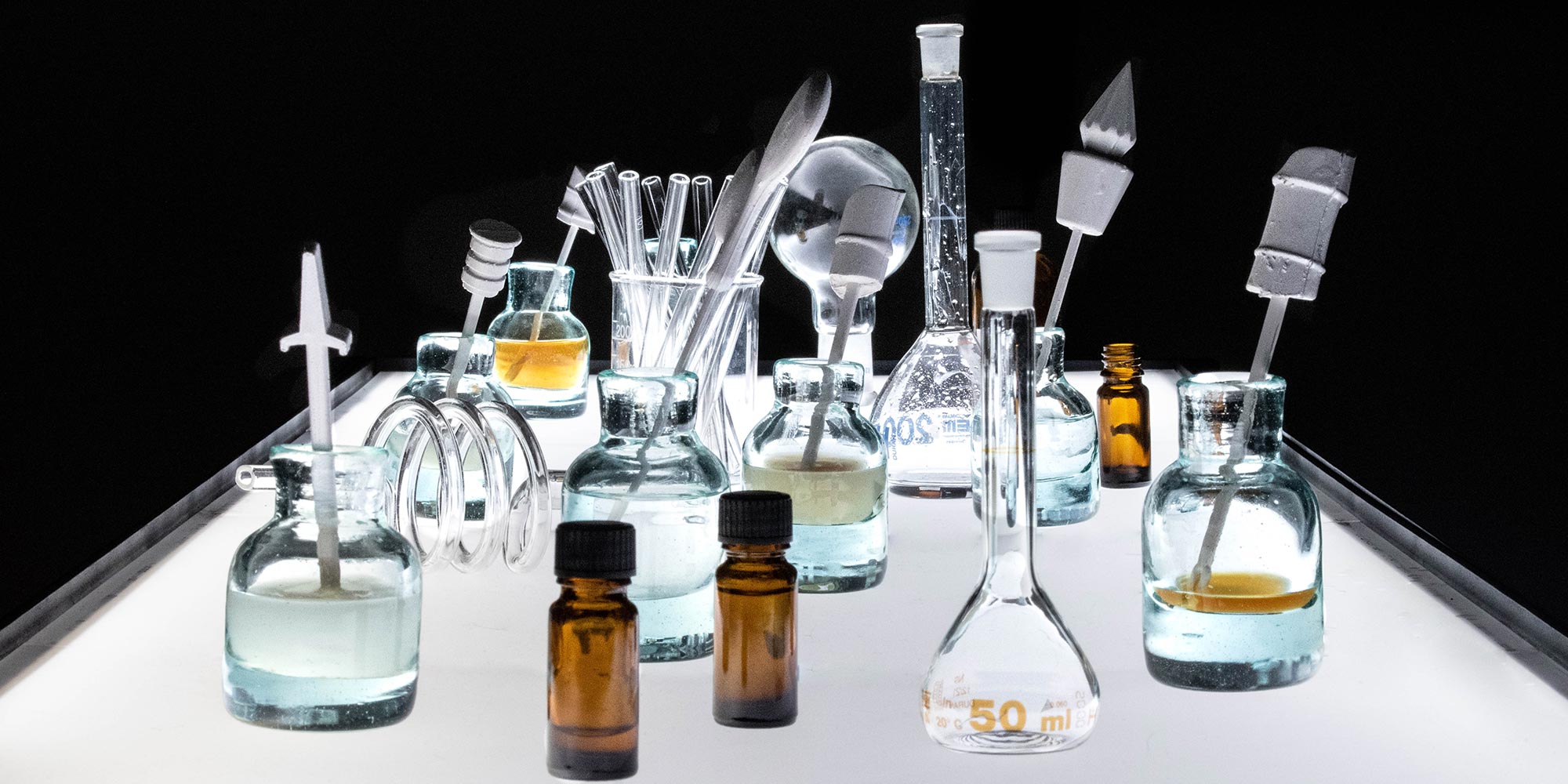 An Olfactory Biopolitics Nairobi spans the Netherlands to Kenya, linking these geopolitical locations through the thread of scent. The interaction of scent in public space became a means to examine hidden power structures of inequality, using the case study of my home country, Kenya.

The project gained meaning from numerous collaborations. Interactions with chemists enabled a series of gas chromatograph tests of the atmosphere of Nairobi. Through this experiment I became aware of the illicit industry of alcohol distillation, which acts as a major driver of the informal economy in Kenya. I collaborated with distillers in the community of Mathare to distil essential oils. This culminated in the production of a contraband perfume company that required a steady supply of aromatic materials.

Kenya is a major supplier of flowers to Europe, in particular to the Netherlands. 2020 was the year the global flower industry was hit hard by the economic impacts of COVID-19. I collaborated with the Tambuzi luxury scented rose farm and set up a distillation site. Over several months I was able to salvage some of the economic losses accrued by the pandemic in the form of valuable rose oil that amounted to 70,000 roses distilled, this was the total amount of roses that would be bound for the Netherlands from the farm in a single day.