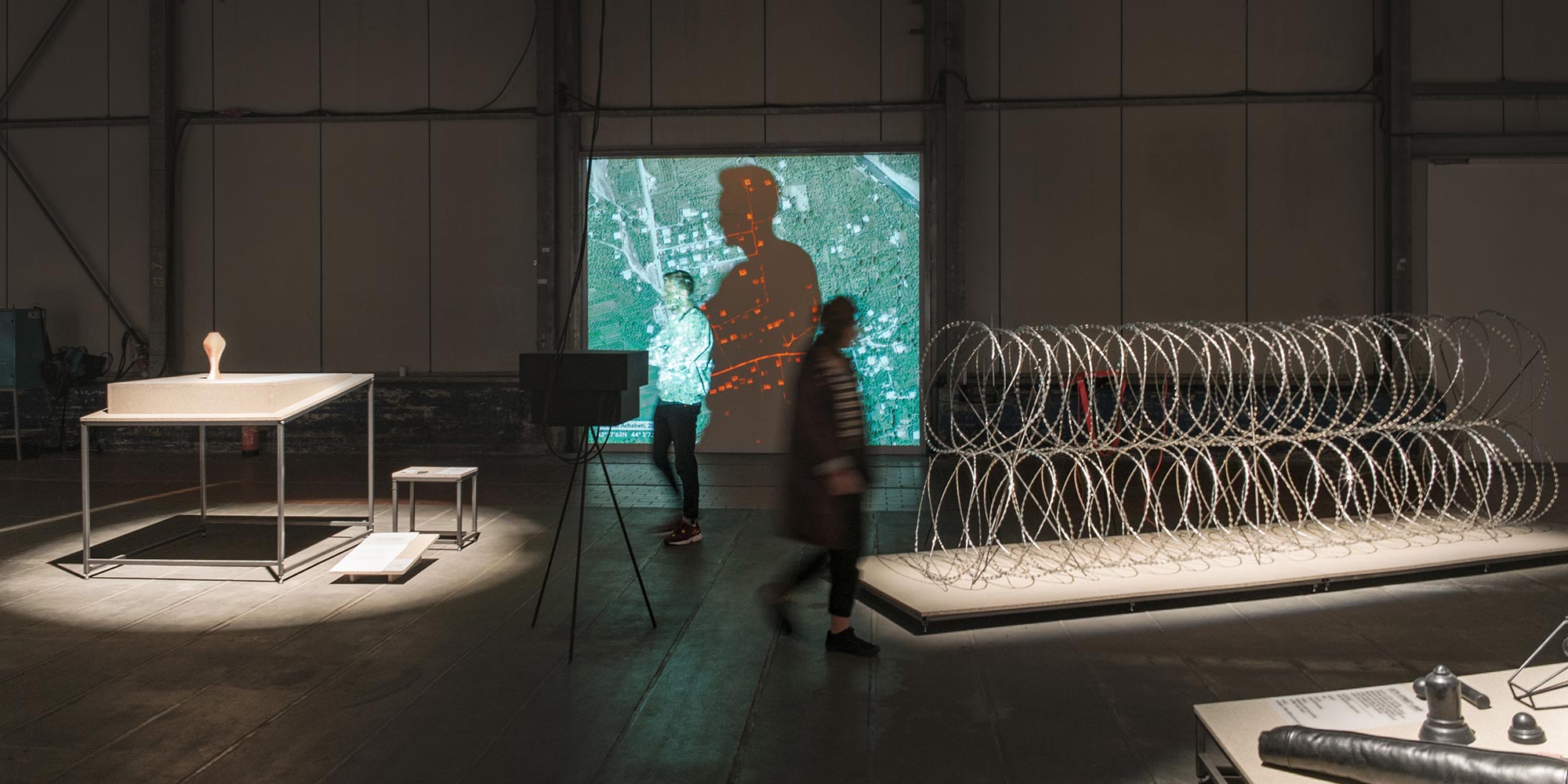 On the Eastern boundary of Europe, razor-wire fence stretches across Georgia. It marks territories occupied by the Russian invasion of 2008. Arbitrarily traced through the country, the line has become the cause of constant violations of human rights. Behind the fence, in an attempt to erase the traces of local communities, whole villages were burned down, demolished, and the remains completely removed from the area, leaving behind empty fields.
Voicing Borders is an installation addressing this situation. Interactive projection of the satellite images allows viewers to engage with them and, using their own shadow against the projected image, to unveil hidden information. Emerging from seemingly empty landscapes, structures and locations of the destroyed villages reveal themselves to the viewers.
The second part of the project targets the very weapon of occupation—razor-wire fence. A specially designed radio transmitter connects to the fence and transforms it into an antenna. Broadcasting through it a simple message in Morse Code, it transmits the names of the disappeared villages and their geographic coordinates, forcing the fence to voice what it’s meant to hide.

Irakli Sabekia (GE) is a Georgian designer and researcher based in the Netherlands. A recent graduate of the Design Academy Eindhoven, he has a background in sciences and visual communication. His work, frequently in the form of installations, explores the capacity of experience in creating insight. Using it as a tool to enter into a dialogue with the viewer and create a meaningful encounter, which enables not merely new knowledge but rather understanding of the issues that he addresses. By means of material, technology, and audiovisual media, he creates worlds which engage the senses but target the mind.