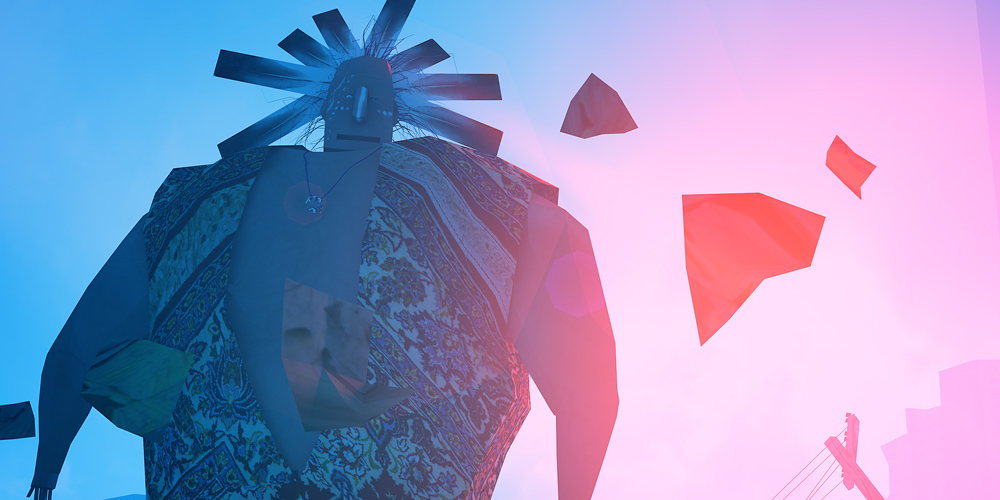 Inspired by the story Ugly the Cat found on a website featuring wisdom quotes and sad stories, Ugly is a broken simulated short film about a Native American chief and an ugly cat trying to find peace in an evil neighborhood.

Animation in Ugly is a combination of puppeteering and dynamic computer simulation and varies between physically accurate and broken. The Ugly characters are ragdolls built from connected dynamic body parts, which can collide with the environment. Like a marionette, the character is connected via simulated strings to animated controllers.

Animating like this feels like real-life filmmaking–the animator sets the direction and the simulated characters interpret the action similarly to real actors.

The process relies on experimentation and the results are unpredictable and prone to errors, which is difficult to deal with when trying to animate a specific movement. At the same time, the loss of control is liberating and the outcome is spontaneous and always unique.

Nikita Diakur (RU/DE) is a Russian-born filmmaker based in Mainz, Germany. He studied Animation Direction at the Royal College of Art in London, where he produced Fly on the Window that went on to screen at a number of international film festivals including Zagreb, Annecy, and Edinburgh. Nikita Diakur is now making short films influenced by prominent internet stories and animated via the experimental process of computer simulation.