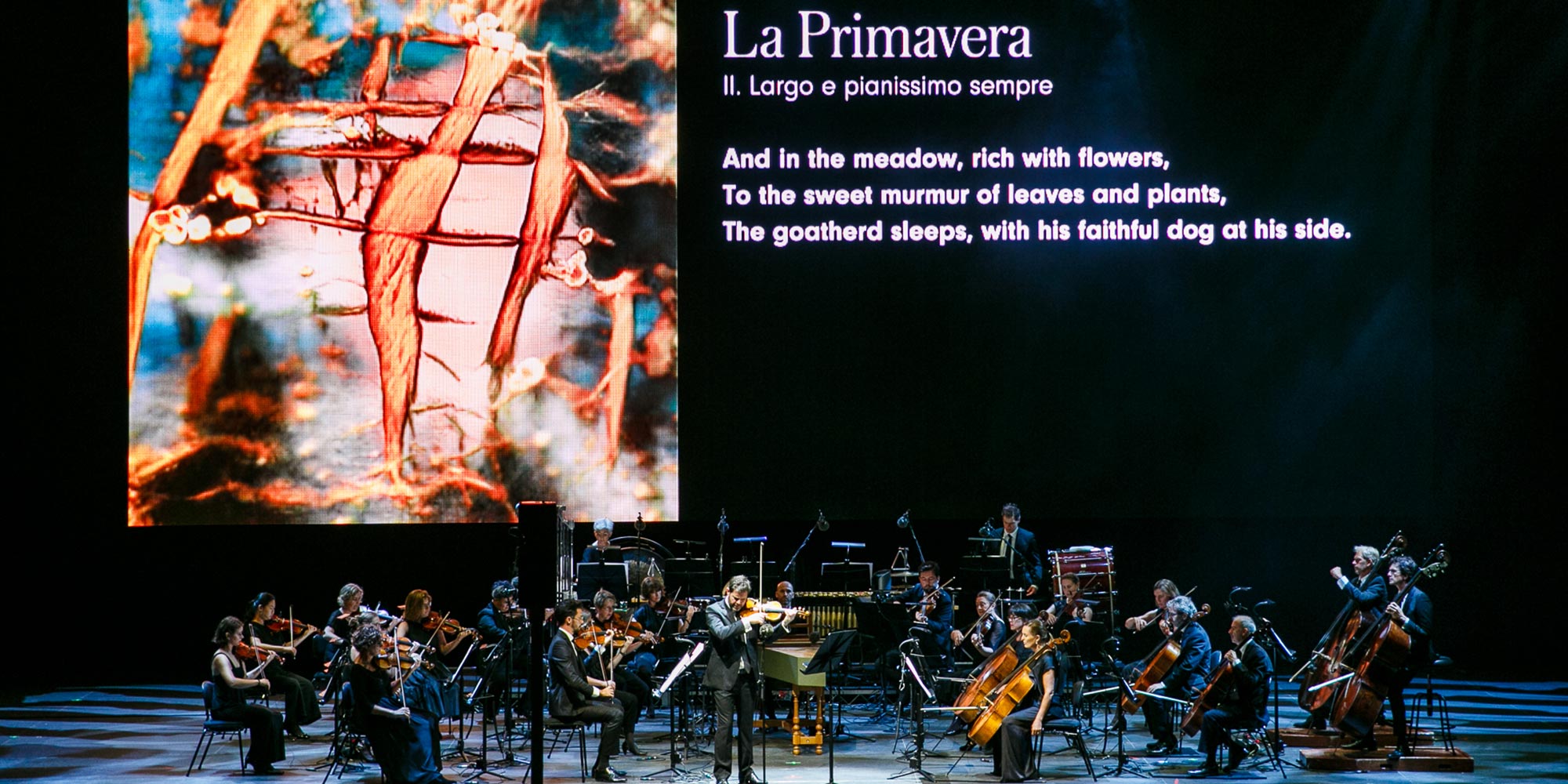 In 2019 we set about reflecting the effects of global warming to date in Vivaldi’s Four Seasons, using historical data to inform a musical system that transposed climate changes upon the original score. The result was The For Seasons, which was performed by the NDR Elbphilharmonie Orchestra, led by conductor Alan Gilbert.

In 2020, working with the Monash Climate Change Communications Research Hub, we developed a series of new variations of the composition. This time, we situated Vivaldi’s score in the future, using ‘Shared Socioeconomic Pathways’ data from the UN’s latest Intergovernmental Panel on Climate Change report to project future climate outcomes in a worst-case climate future.

Using geospatial data, we created unique and wildly different variations for every orchestra on the planet. The result is nearly 1,000 new versions of The Four Seasons, which form a collection that we call The [Uncertain] Four Seasons.

The Sydney variation of The [Uncertain] Four Seasons was performed in January 2021 by the Sydney Symphony Orchestra, led by concertmaster Andrew Haveron. It was a great success and featured in the scientific journal Nature.