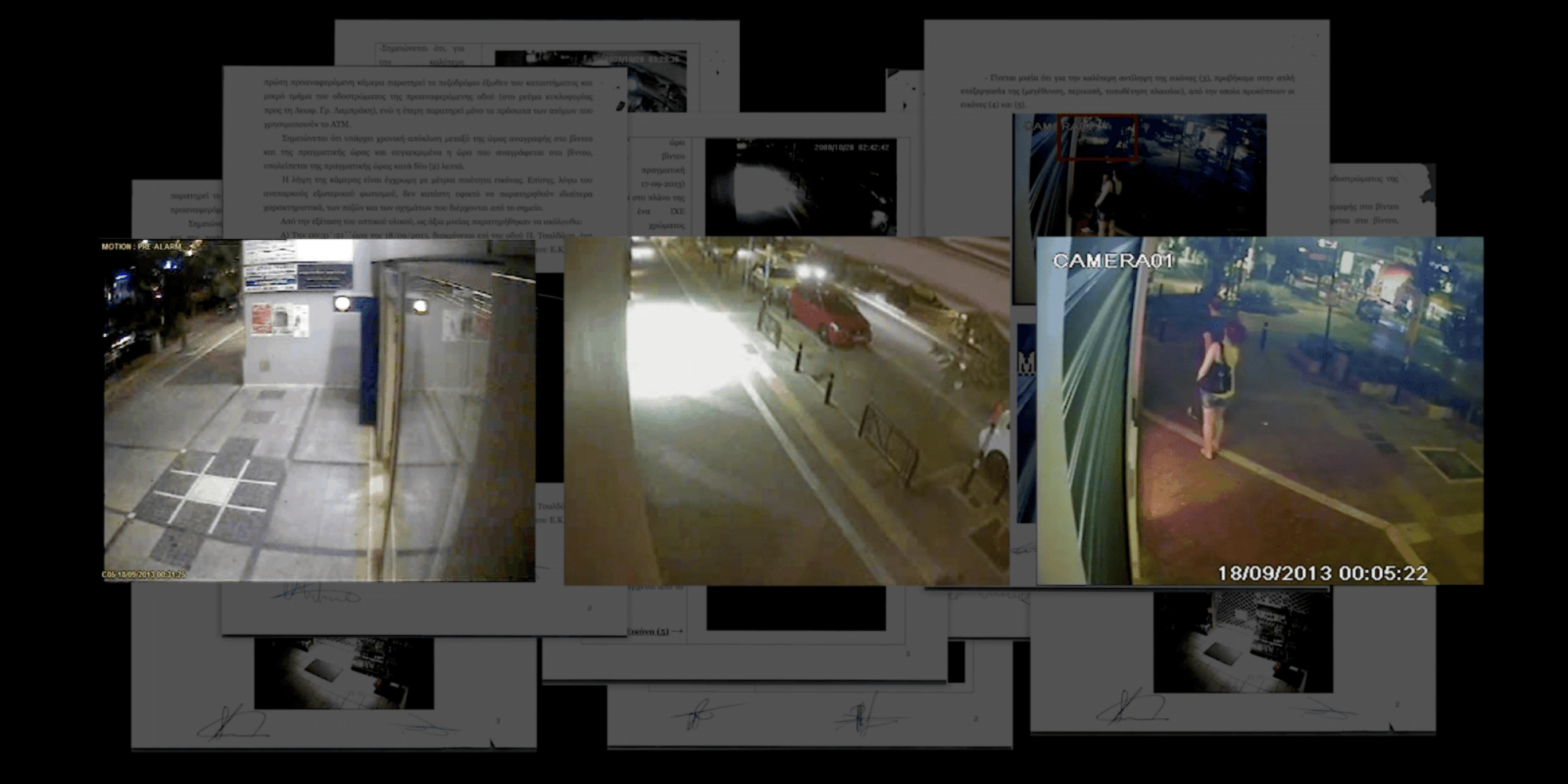 Shortly after midnight on 18 September 2013, Pavlos Fyssas, a young Greek anti-fascist rapper, was murdered in his home neighbourhood of Keratsini, Athens. Both the killer and others who participated in the attack were members of the neo-Nazi organization Golden Dawn.

Golden Dawn have committed acts of violence against migrants and political opponents ever since their formation in the 1980s, yet most of their crimes have gone unpunished as a result of the silent support among the ranks of the Greek police, aligned to their nationalist cause. Following the murder of Fyssas, a Greek citizen, the national government was finally forced to make a series of arrests. Sixty-nine members of Golden Dawn, including all of their fifteen parliamentarians, were brought to trial. Charges in the trial, relating to events as far back as 2008, allege that even while holding seats in the national parliament, Golden Dawn operated as a criminal organisation. Even as the ongoing trial threatens the existence of Golden Dawn as a political party, the Greek courts remain reluctant to investigate the role of the police in covering up these crimes.

Forensic Architecture was commissioned by the Fyssas family and their legal representatives to reconstruct the events of the night from the audio and video material made available to the court. The resulting video investigation and accompanying report, presented to the Athens courtroom on 10 and 11 September 2018, brings together CCTV footage, recordings of communications between police and emergency services, and witness testimony. We established a precise timeline and reconstruction of the events that led to the murder.

Forensic Architecture (FA) is a research agency based at Goldsmiths, University of London. FA undertake advanced spatial and media investigations into cases of human rights violations, with and on behalf of communities affected by political violence, human rights organizations, international prosecutors, environmental justice groups, and media organizations. Through the analysis, location, and reconstruction of violent events, FA aims to develop and disseminate innovative new techniques for evidence gathering and presentation. FA has successfully tested its methodologies in landmark international legal and human rights cases, including at the ECHR, ICC, and the UN, as well as publishing and exhibiting their work in major artistic and cultural institutions worldwide.

Among the submissions received for this year’s STARTS Prize that tended to call upon collaborative action to fight global challenges such as climate change or technological impact, this project was a stark reminder of how far ultranationalists will go in pursuit of their own agenda. Forensic Architecture used an interdisciplinary artistic approach and a vast partnership between researchers, scientists, video artists, and institutional partners to create video-based evidence of the role of the Greek political party Golden Dawn in the 2013 murder of Greek anti-fascist rapper Pavlos Fyssas. By revealing Golden Dawn’s abuse of human rights by means of creating counter narratives to prevailing authoritative understandings of investigated events, the project continuously and meaningfully encourages an increase in public dialogue on nationalism, immigration, and politics. The jury found that though the questions raised by this project yet remain unresolved, they may be more relevant than ever in the current global political moment.