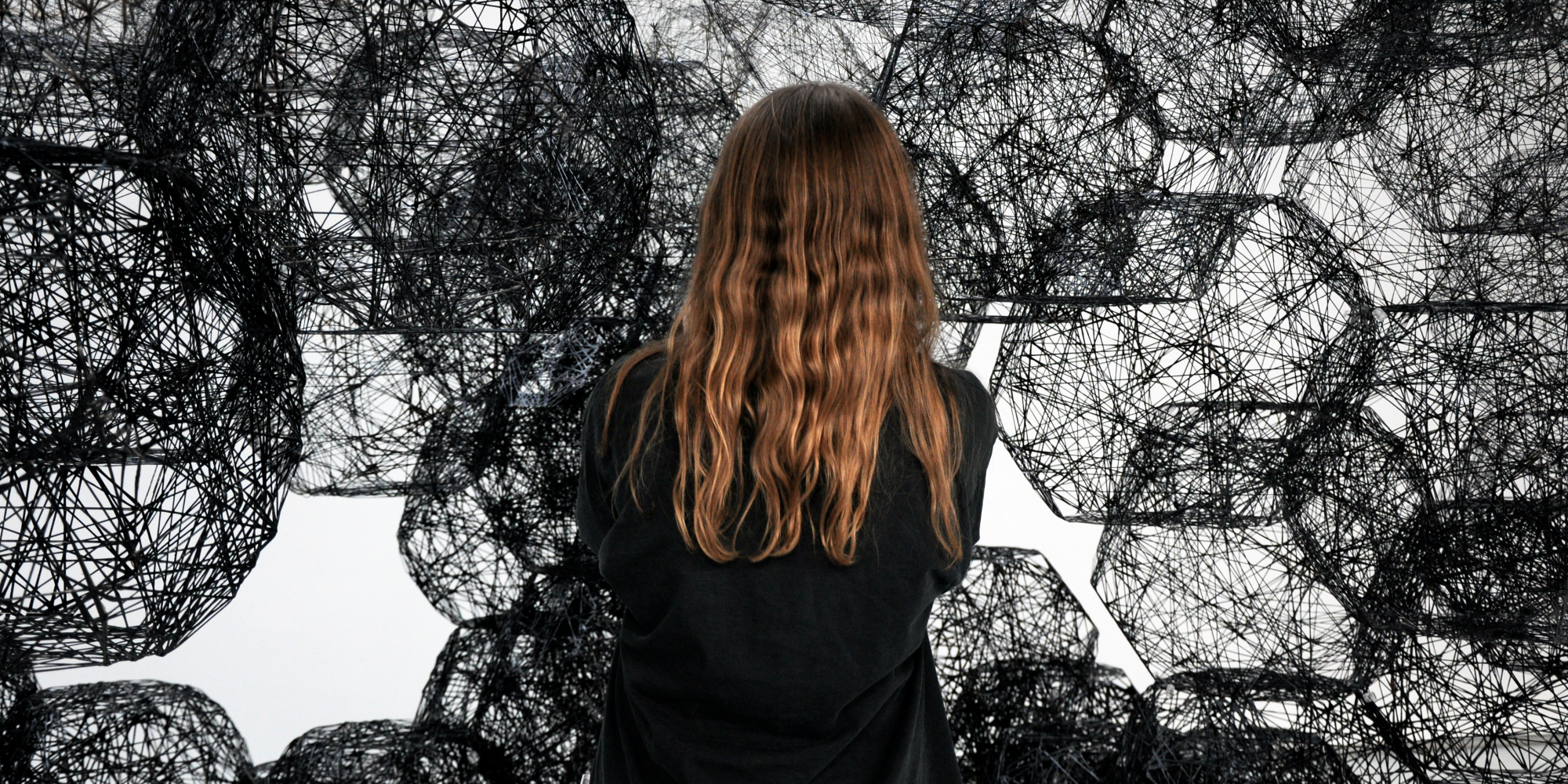 Basalt, an igneous rock formed by cooling lava, is the most common rock in the Earth’s crust. Basalt’s advantageous mechanical, chemical, and thermal properties spurred industry to explore it and develop the eco-friendly Basalt Fiber.
In Stone Web, Basalt is transformed into a light, stable modular system that can be used for small scale applications such as furnishing or combined to create large, spatial structures or urban furniture. Due to its scalability and production optimization, for example using robotics, future applicability ranges from landscape design to architecture. Stone Web, seen equally as an art object and product, finds its place between space, urban object, furniture, architecture, boundary, and installation.
To make the modules, fiber is soaked in resin and wrapped web-like around a form. After the resin has cured a skin of Basalt Fiber is left. Depending on the thickness of the filament, the surfaces exhibit different densities and strengths.
For us it was important that the technical as well as aesthetic dimension of the project blend and translate the multilayered nature of the material. Revealed by the viewers’ movement the net-like assemblies form varying complexities and degrees of transparency, while their formations continually shift and blur. Spatial boundaries emerge, obscure, and become visible and transparent. The surprising strength and stability allow the viewer to interact physically and playfully, by sitting, walking, or climbing on the structure.

Idalene Rapp and Natascha Unger are a Berlin-based experimental design duo, driven by a captivation with elemental and spatial relationships, experimenting through spatial design and materiality. Their collaboration dates back to their time at the Berlin Academy of Art, Weißensee, where they completed their BAs and MAs in Textile and Surface Design. Throughout their creative partnership, they have developed a fascination with testing and exploring the limits of materials.