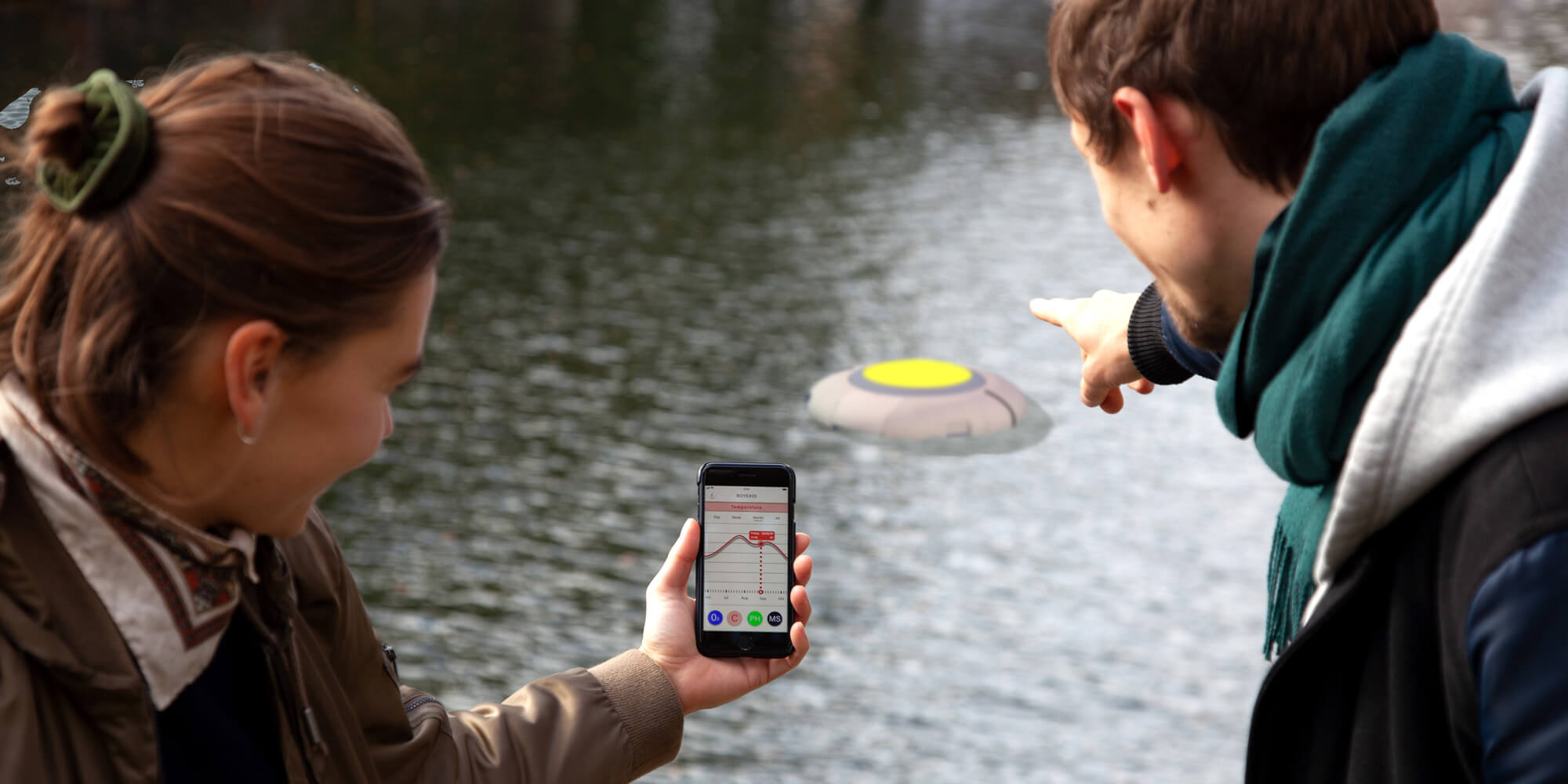 In the context of the climate crisis and the accompanying social change, the project examines the relationship between Berlin and the Spree, the urban space, the citizens, and the body of water. How can the river be given its own “political” voice and what can contribute to creating more awareness of the Spree and the influence of humans? With the help of the buoy developed in the project, the body of water draws attention to pollution. Digital tools and media, such as measuring devices and apps, record the actual state of the river and communicate this to citizens* in an accessible way. Exciting historic and current articles on the topic are also displayed. A future layer on the website highlights the unused potential and illustrates how the city could change for the better with the help of the river, and inspires citizens and politicians to take action. In the hot summer months, the buoy pumps oxygen into the river and supplies it to the Spree and its creatures. The planet-centric approach provides a holistic and “green” solution to the various problems and ensures a healthier balance between the stakeholders involved.

The project was funded by “Science in Dialog – BMBF” as part of the university competition in the bio-economy year 2021. Through the GermanDesignGraduates cultural award, the project was as well supported with a bit of money. In addition, small funds were raised through teaching formats such as at the VHS Berlin or the CityLab. Unfortunately, the funding has now been used up and the project is just waiting to be continued.

Jakob Kukula (DE) is a multidisciplinary artist and designer. Born and raised in Berlin, the city‘s thriving scenes and rapidly changing urban structures exert a lifelong influence on him and his work. After finishing his product design studies at Bauhaus University in Weimar, NY, and Amsterdam, he returned to Berlin, working for Studio Olafur Eliasson and finishing his Master Thesis at KHB Weißensee. Currently, he is exploring a Planet-Centric Design practice, questioning the relationship between humans and nature, trying to find ways to regenerate, and suggesting ideas for a social and planetary transformation.