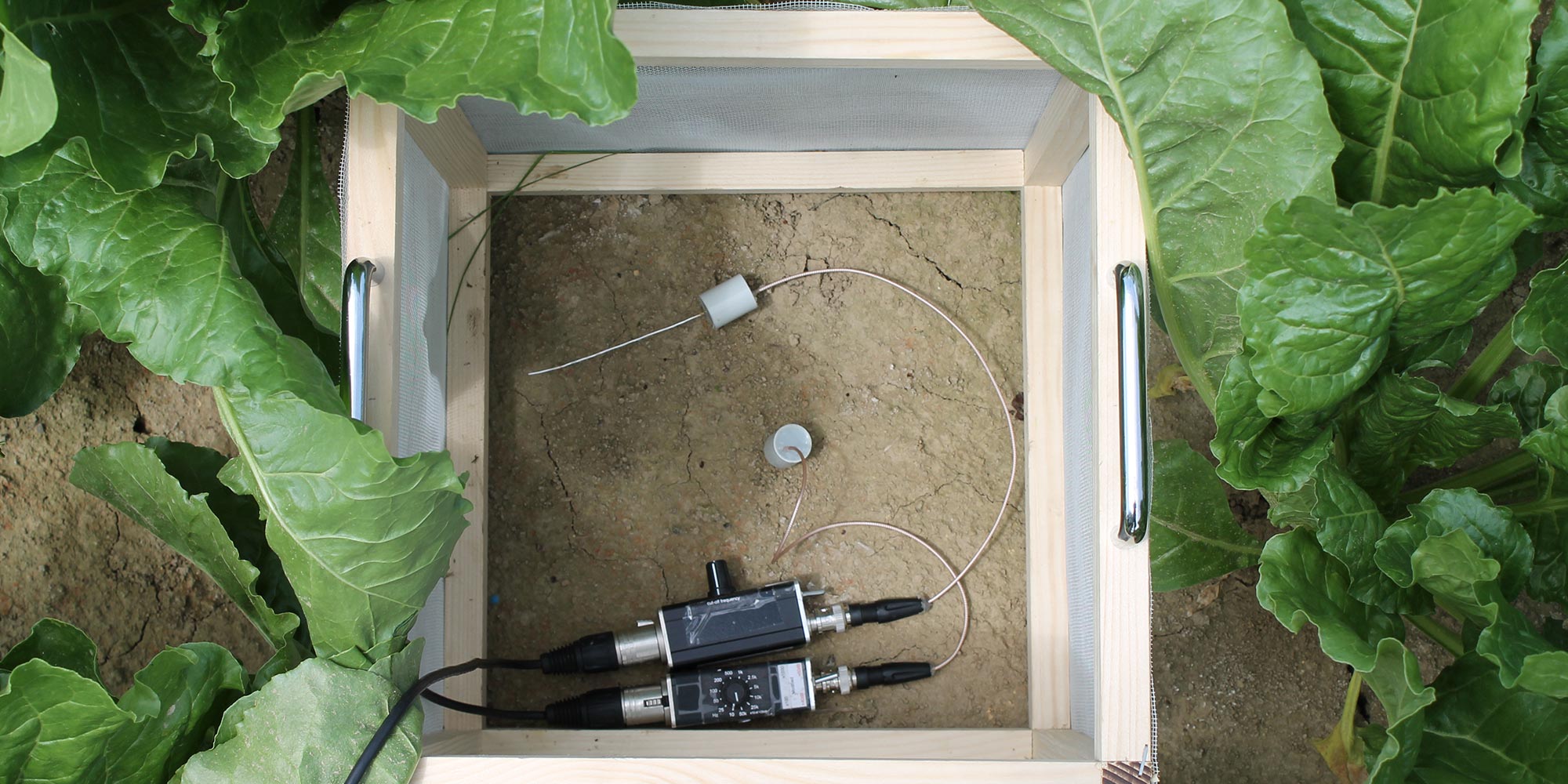 Sounding Soil began when Marcus Maeder one day, out of sheer curiosity, stuck a self-developed, highly sensitive needle microphone into the ground on an alpine pasture in the Valais/Switzerland. What could be heard was an extremely complex and strange soundscape: sounds of soil animals, roots, and water moving through the pores of the soil. Beyond that, the animals in the darkness of the ground seemed to communicate with each other clearly acoustically. But who is communicating why and how? This led to a research and art project, where six partners and institutions are now working together in an interdisciplinary way. Various works of art have been developed, some of which are participatory in nature: On the one hand, there is the Sounding Soil container, which has been on tour since last year. It not only contains recordings of different soils all over Switzerland (including a generative music composition), but also the best recordings of the participants of a Citizen Science project. Brand new is the work Edaphon Braggio, which makes it possible to experience the acoustic topography in the soil of a mountain community in the south of Switzerland.

Marcus Maeder (CH) is a sound artist, researcher, and composer of electronic music. Maeder works as a a research associate at the Institute for Computer Music and Sound Technology ICST of the Zurich University of the Arts ZHdK. At the ICST, he researches in the fields of data sonification and acoustic ecology. He is particularly interested in the artistic experience of normally imperceptible phenomena in nature, especially processes related to environmental problems and climate change. Maeder’s and Roman Zweifel’s installation treelab was shown at the UN Climate Conference COP 21 in Paris in 2015 at the invitation of the French president François Hollande.