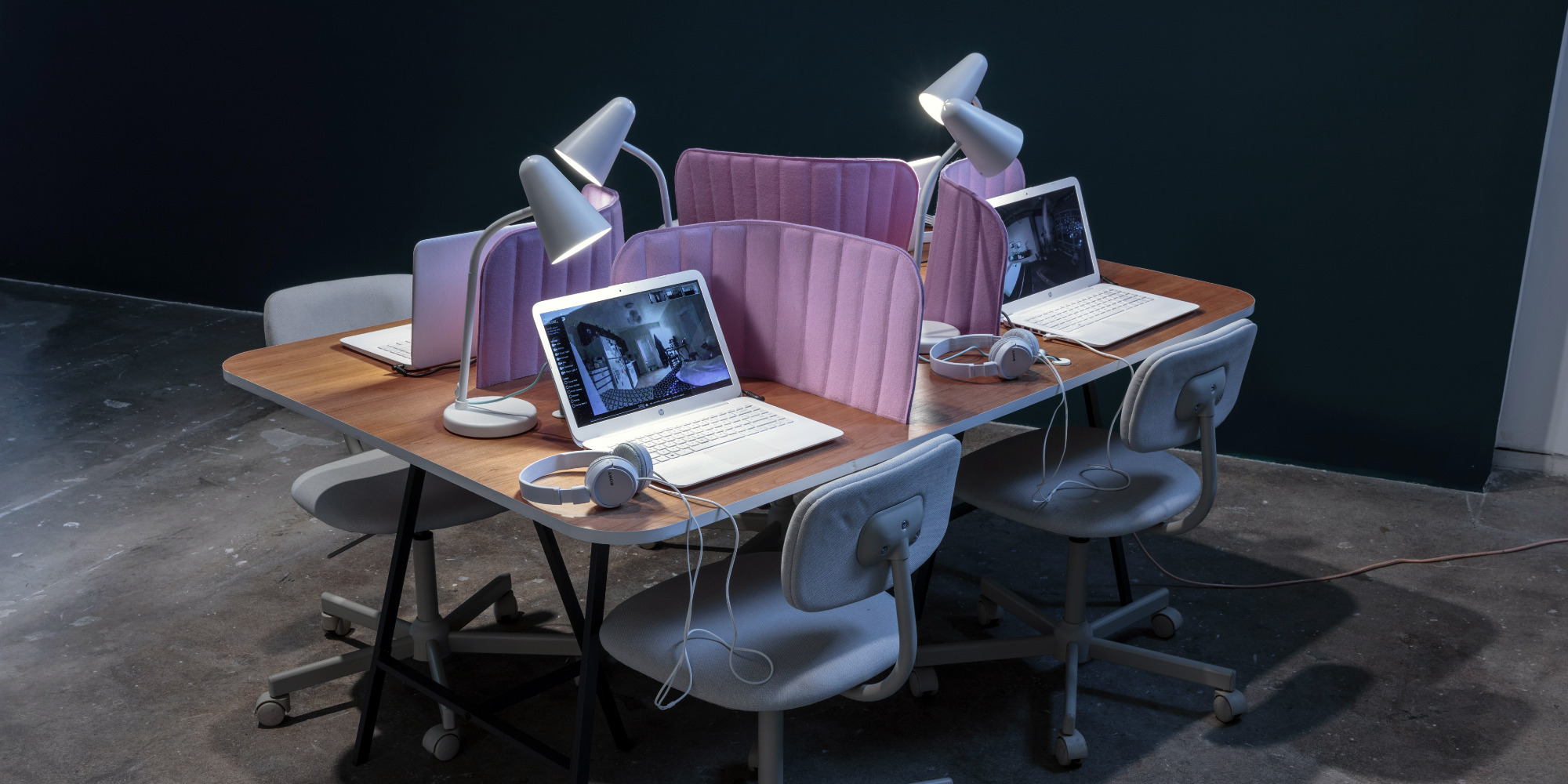 This artwork documented over twenty-thousand patents of socially manipulative information technology. In Sociality, Cirio collected and rated Internet inventions submitted to the U.S. patent office. Subsequently, he invited the public to share, flag, and ban the technologies designed to monitor and manipulate social behaviors. The patent images and data were obtained by Cirio through hacking the Google Patents search engine. Then he rated the patents and created thousands of compositions with images of flowcharts and titles of inventions, which were published on the project’s website, https://Sociality.today. The visual compositions on the website were printed in form of posters and a coloring book for informing on devices that enable discrimination, polarization, addiction, deception, and surveillance.
The concept of turning patents into vehicles for regulation aims to exploit intellectual property law as a tool for democratic oversight. This work integrates both the dystopia surrounding technology and the utopia of its participatory governance with flowcharts of patents taking the form of documentary and protest art. With this problematizing piece, Cirio exposed evidence of social manipulation and questioned the ethical, legal, and economic structures of such technological apparatuses. In the exhibition, the public confronts large-scale compositions with hundreds of images of flowcharts that abstractly invoke the complexity and magnitude of such uncanny plans to program people. 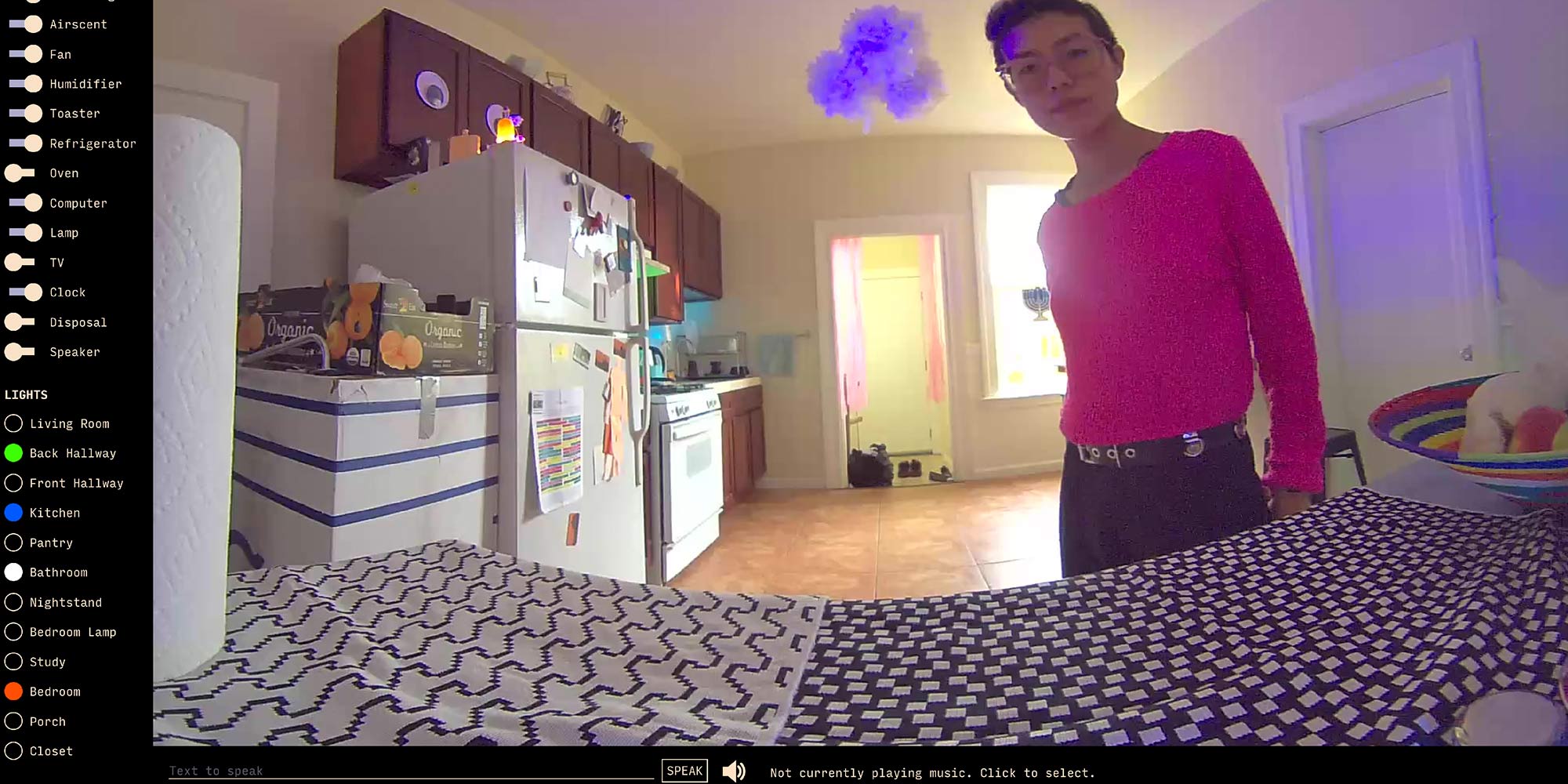 Lauren Lee McCarthy (US) is an LA-based artist examining social relationships in the midst of surveillance, automation, and algorithmic living. She is the creator of p5.js, and Co-Director of the Processing Foundation. Lauren’s work has been exhibited at The Barbican Centre, Ars Electronica, Fotomuseum Winterthur, Haus der elektronischen Künste, SIGGRAPH, Onassis Cultural Center, IDFA DocLab, and the Seoul Museum of Art. She’s the recipient of a Creative Capital Award, Sundance Fellowship, Eyebeam Residency, and grants from the Knight Foundation, Mozilla Foundation, Google, and Rhizome.

SOMEONE is a distributed installation and exhibition where visitors are invited to act as a human version of the Amazon smart speaker Alexa. The homes of four people have been augmented with bespoke smart devices. Through a command center with four computers, visitors can hear the occupants of the “smart homes” call out for “Someone,” prompting them to step in as their home automation assistant and respond to their needs.

The exhibition addresses timely topics that have emerged in the intersection of smart technologies and everyday life, in particular surveillance and control. The piece questions whether these technologies give us convenience and improved quality of life or actually threaten our autonomy, agency, and privacy. Furthermore, by having the visitor act as a smart device themselves, the exhibition questions labor relations that exist behind the scenes of our apparently seamless connected world. These are pressing questions in a time when our most intimate spaces and routines are becoming increasingly embedded with “smart” devices that collect and share sensitive data about ourselves and our individual and social behaviors.