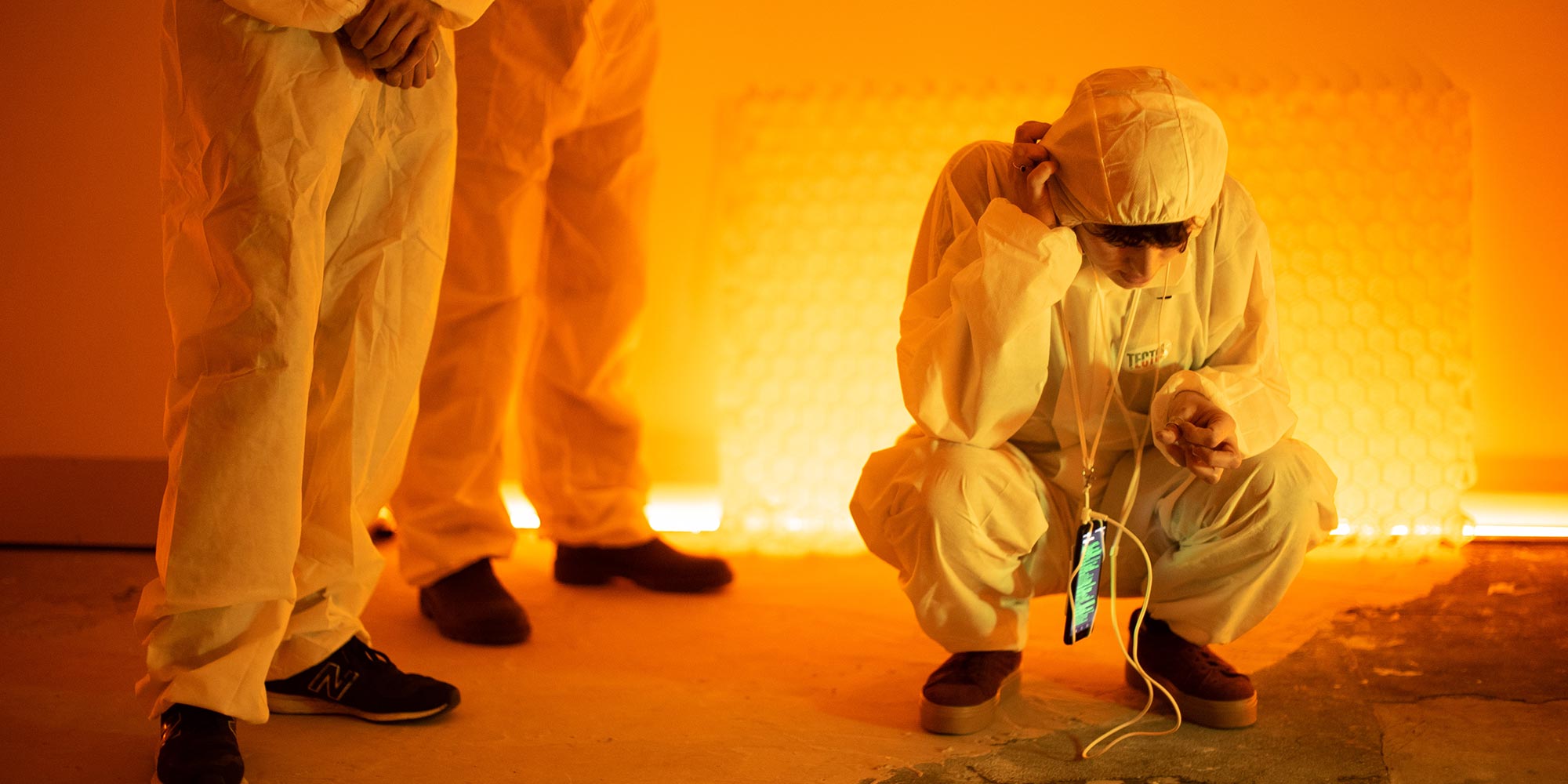 Silencing The Virus is an immersive Sci Art installation that mixes a virtual virus environment with performance, science, ecology, and digital arts. It has two key objectives. One, to raise awareness of the decline in global honeybee populations and the impact on human societies. Two, to examine the intricate social systems of the honeybee; how the hive works as a collective to repel aggressors, specifically viruses, and what can be learnt from their social immunity mechanisms. One of the major causes of the decline in honeybee populations is disease. This includes the Israeli Acute Paralysis Virus (IAPV): an RNA virus that leaves honeybees paralyzed and that can result in the death of entire colonies. Drawing on research by molecular scientist Dr Maori (Cambridge University), Silencing The Virus mimics the spread of IAPV via an interactive sound installation or collective listening experience: an LED visualization of a digital honeycomb and music composition both infected with a converted sample of the virus’ genome. As participants orbit and infect the virtual hive, it becomes apparent that only by working as a collective, akin to the honeybees, will they be able to Silence Tthe Virus.

Lily Hunter Green (GB) is an interactive design artist. She has extensive experience making multi-component immersive works based on the science of the hive under the banner of BEE COMPOSED: an interdisciplinary more-than-human ‘hive’ project that uses digital media, coding, and performance to communicate rapidly changing ecologies, and humans’ role in that process. An Associate Research Fellow at Birkbeck College (London) and an Artist-in-Residence at the Maori Lab, Cambridge University, Lily’s work has been exhibited nationally and internationally.