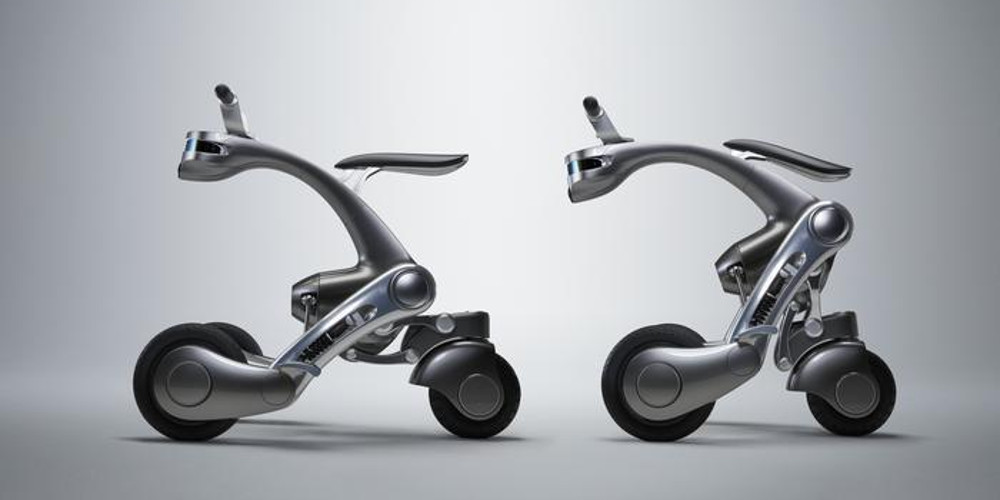 As a partner robot, it never leaves the side of its master. It transforms into a vehicle that augments its master’s physical functions—motional and sensory—and travels with the master as one. It is a machine lifeform produced from the latest robotics and AI technologies fused by product design. In robot mode, CanguRo operates like R2D2 in Star Wars. As a loyal partner, it follows its master. It encourages its master by AI-based communications, providing a heart-warming support, and even works as a terminal for communications with friends. Even when CanguRo is away, the master can summon it using a smart phone. CanguRo comes to its master by fully automatic operation based on scanSLAM—fuRo’s proprietary SLAM technology that boasts world’s highest-level performance. The transformation to ride mode is automatic. In ride mode, CanguRo works as an extension of the master’s body. The master leans right and left to tell CanguRo which way to go and CanguRo actively transforms its body right and left. CanguRo has a built-in body-sonic system and outputs heartbeat-like pulses modulated by the travel speed, allowing the master to have haptic recognition of the current speed. In near-accident situations, a smart stop function automatically applies brakes.

Future Robotics Technology Center (fuRo) at Chiba Institute of Technology was established in 2003. Led by Dr. Takayuki Furuta, a pioneering robot researcher, engineers and researchers have gathered to conduct research and development of key technologies of the next generation. With fuRo at the core, future technologies are being developed through collaborative efforts inside and outside of the university. Its famous achievements include the surveyor robots used in the Fukushima Nuclear Power Plant.

Shunji Yamanaka (JP) is a design engineer and Professor at the University of Tokyo. He graduated from the Faculty of Engineering, the University of Tokyo in 1982. After working for Nissan, he founded the Leading Edge Design in 1994. His products have received several kinds of Good Design Awards, including the Gold Prize, and been selected for the NY MoMA Permanent Collection.