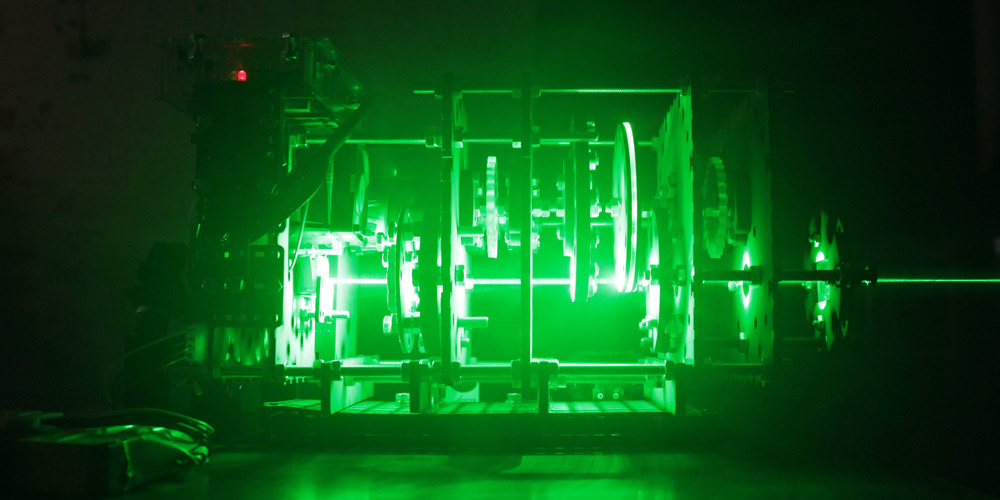 Project Nimbus (2015) achieved the inaugural projection of moving images onto clouds from aircraft. The image (Horse in Motion – Muybridge 1878) is a shared cultural reference between art & science. Beyond the spectacle, genuine collaboration was underpinned by art as research, involving aviators, technologists, and cultural specialists, driven by the power of idea and joy of risk, giving freedom from commercialization.

Through a pioneering journey of artistic and scientific enquiry, rapid prototyping and willingness to question, the blurring of art, science and maker cultures became the ultimate product. A moment of apparent physical impossibility revealed the fragility of inspiration possibility, risk, commitment. Nimbus captures the innovation and optimism that pervade scientific and artistic research practice.

Dave Lynch (UK) is an artist, director, and inventor working at the intersection of moving image, large scale interactive installation, performance, and projection. His practice combines elements of art, science, military, maker and media cultures as part of its tactics, technologies, and production.

Mike Nix (UK) is a physicist with a background in laser spectroscopy and molecular dynamics, previously working at the University of Leeds. He is involved in installation and performance based art with a scientific inspiration or influence, as part of an on-going interest in the coincidence and contrast of artistic and scientific methods in practice. Both Dave and Mike are part of Leeds (UK) based Art, Science, Maker Collective The Superposition.