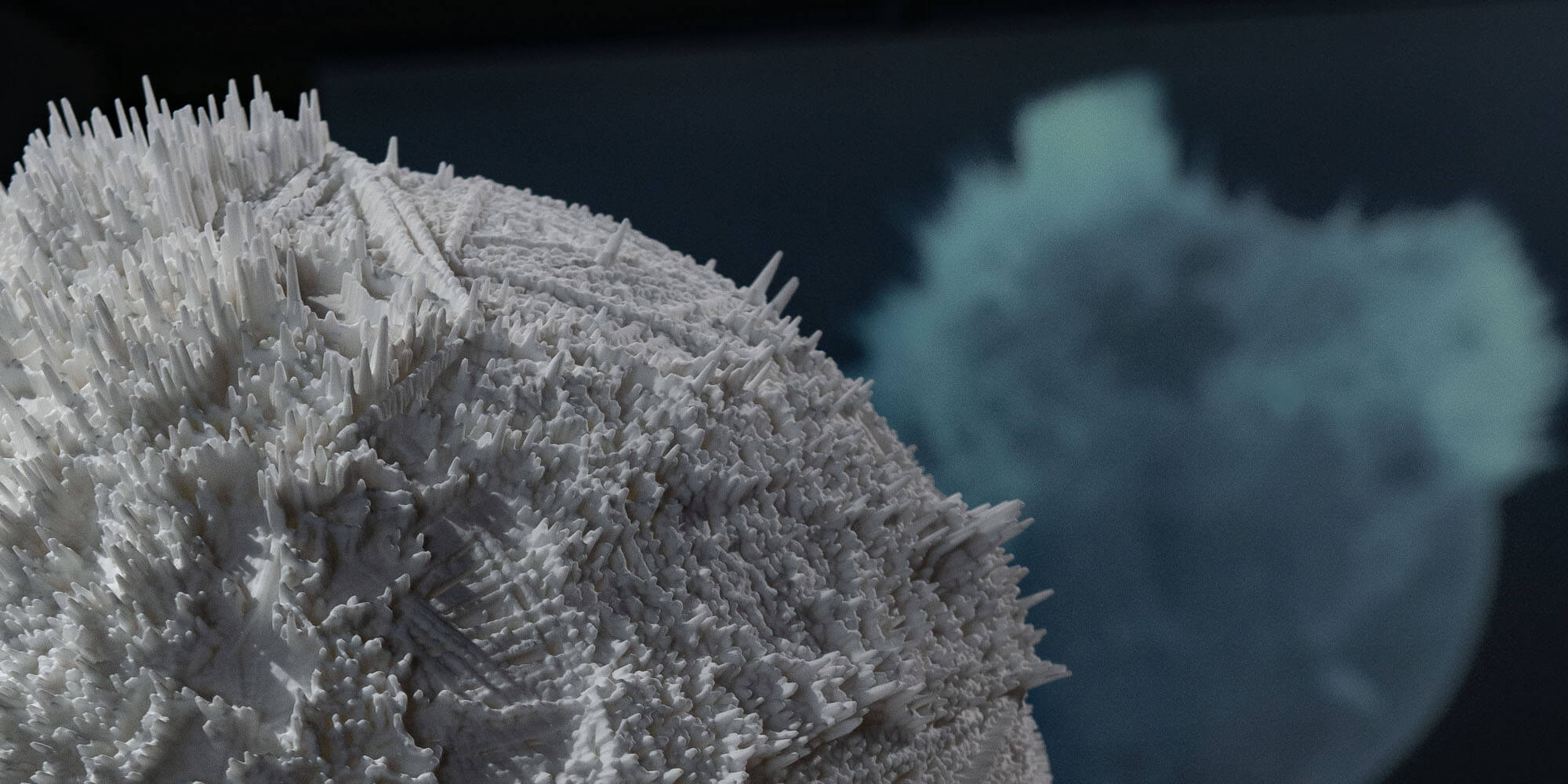 Political Atmospherics consists of 3 x large 3D printed models of atmospheric CO2 derived from climate data and 2 projections that animate the same information as a group of connected works. These works construct geographic topographies producing bitter-sweet crustal geologies, scars, ridges, and archipelagos of carbon emissions, that describe how a focus on extraction at the expense of the environment has overwhelmed and refigured the planet’s atmosphere. Our approach is to reverse engineers’ climate models to emphasise information often obscured or not considered directly relevant in scientific usage. The works show that from the 1750s onwards, growing industrial activity in the Global North is responsible for 92% of CO2 with only 8% from the Global South. This extractivist activity mirrors wider historic processes of power distribution visited on poorer countries and shows that the atmosphere is as contested a space as the territories beneath. We seek to make tangible and materially present the infrastructures, future scenarios, fluxes, and energy exchanges that have caused these effects by exploiting the potential for scientific climate data to operate as a public form with emotional and political impact.

With support from:
The UK Arts and Humanities Research Council (AHRC), the British Antarctic Survey, the University of the Arts London

The Manifest Data Lab (MDL) is a collective of artists, designers, and climate scientists who critically engage with climate data. Using experimental drawings, maps, animations, and models we precipitate new meanings from this information to expose and make tangible the material, social, and cultural ways in which we are implicated in climate crisis. MDL is situated at Central St Martins, University of the Arts, London. The British Antarctic Survey is a partner organisation.