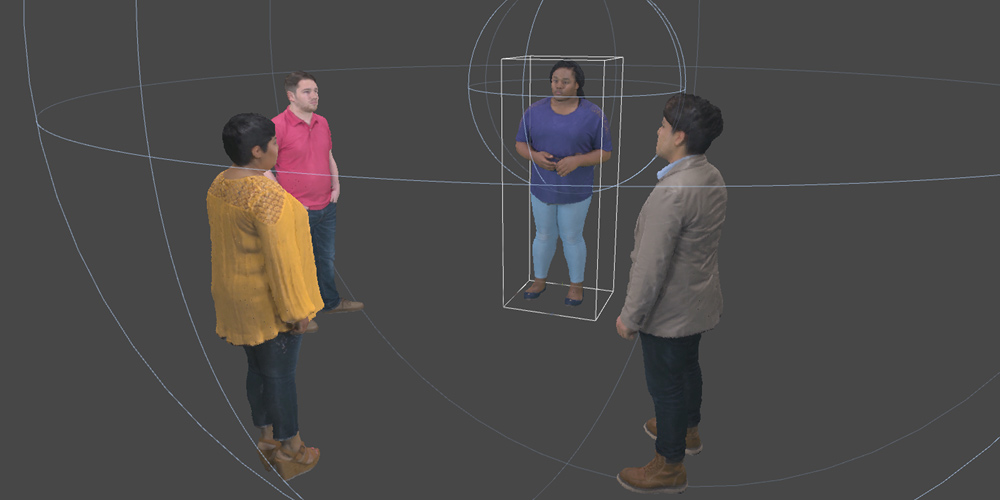 When Daniel Ashley Pierce is confronted about his sexual orientation by his family in a “religious intervention,” the scene becomes startlingly dramatic and violent. Using real audio combined with virtual reality to put the audience inside the story, Out of Exile is a powerful parable of the kind of hostility faced by so many in the LGBTQ community. With 40% of homeless youth in America identifying LGBTQ, the piece shines light on this terrible statistic and further reveals that the majority of those facing homelessness come from communities of color. In equal parts tragic and hopeful, the piece ends with resilience and courage as Daniel and three other LGBTQ youth share their triumph over despair and remind us that all young people need to be true to themselves.

Nonny de la Peña (US), founder of Emblematic Group (US), uses digital reality technologies to tell important stories both fictional and news-based that create intense, empathic engagement on the part of viewers. Called The Godmother of Virtual Reality by Engadget and The Guardian, she was also named “One of the People Who Made the World More Creative” by Fast Company.

Nonny del la Peña is known by many as the ‘Godmother of VR’. Committed to new ways of storytelling and immersive journalism, she experimented with virtual reality at the UCLA Creative Technology Lab long before the current hype. Her approach has inspired the first Oculus prototype, as well as many other technology companies, media outlets, and journalists. The jury agreed that she has the ability to use the power of virtual reality in a unique way to transport people inside stories and situations to create empathy and raise awareness for real world problems.