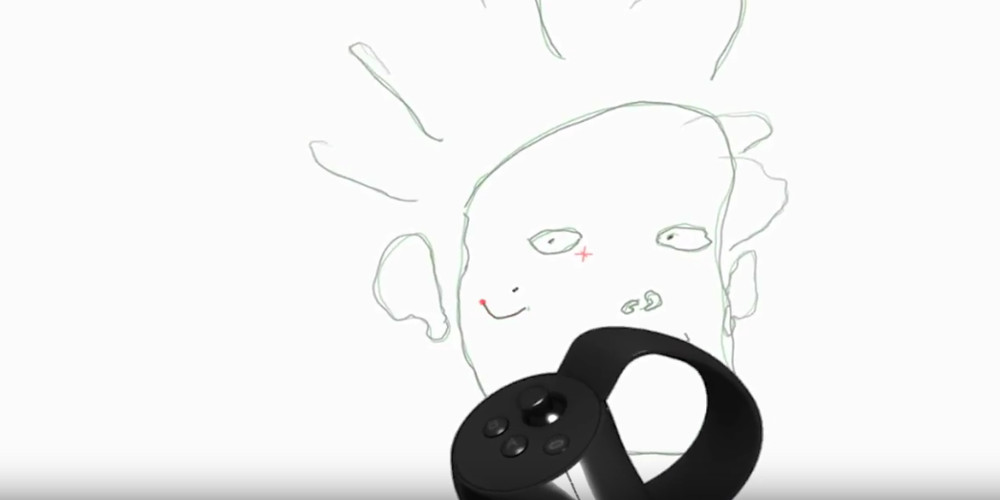 In 2017 I created a custom animation tool—for myself. A tool to enable and facilitate my imagination and flow. Norman is the animation tool I’ve always wanted. Named after Norman McLaren, a visionary Canadian animator, the tool is built in JavaScript, runs in a web browser, and lets me animate naturally in 3D using VR controllers. The project—initially funded by Google Creative Lab—is available as an open-source tool. This enables everyone to peek into the inner workings, see how it’s made, and/or adapt it for their own purposes. It makes the process of animating more like playing a musical instrument. For instance, one mode automatically creates new frames and advances through the timeline each time you make a mark. The user can get completely lost in the process of drawing through time and space, without having to manually control the timeline. Norman is an experiment in building a medium and using that medium to create concrete works, at the same time.

With support from Google

James Paterson (CA) is an artist and creative technologist whose work hangs out at the intersection of drawing, animation, and code. Each of these mediums offers limitless room for exploration, but when braided together they can open up wormholes of creative possibility. Weaned on books like Neuromancer and Snow Crash, James has been daydreaming about the emergence of spatial computing since childhood. Over the past few years he’s finally gotten a chance to explore creative tools popping up in this new space, and experiment with building his own tools from scratch like Norman—an open source VR animation sketchbook which runs in the browser. Since 1999 Paterson has exhibited his work at galleries and museums all over the world.