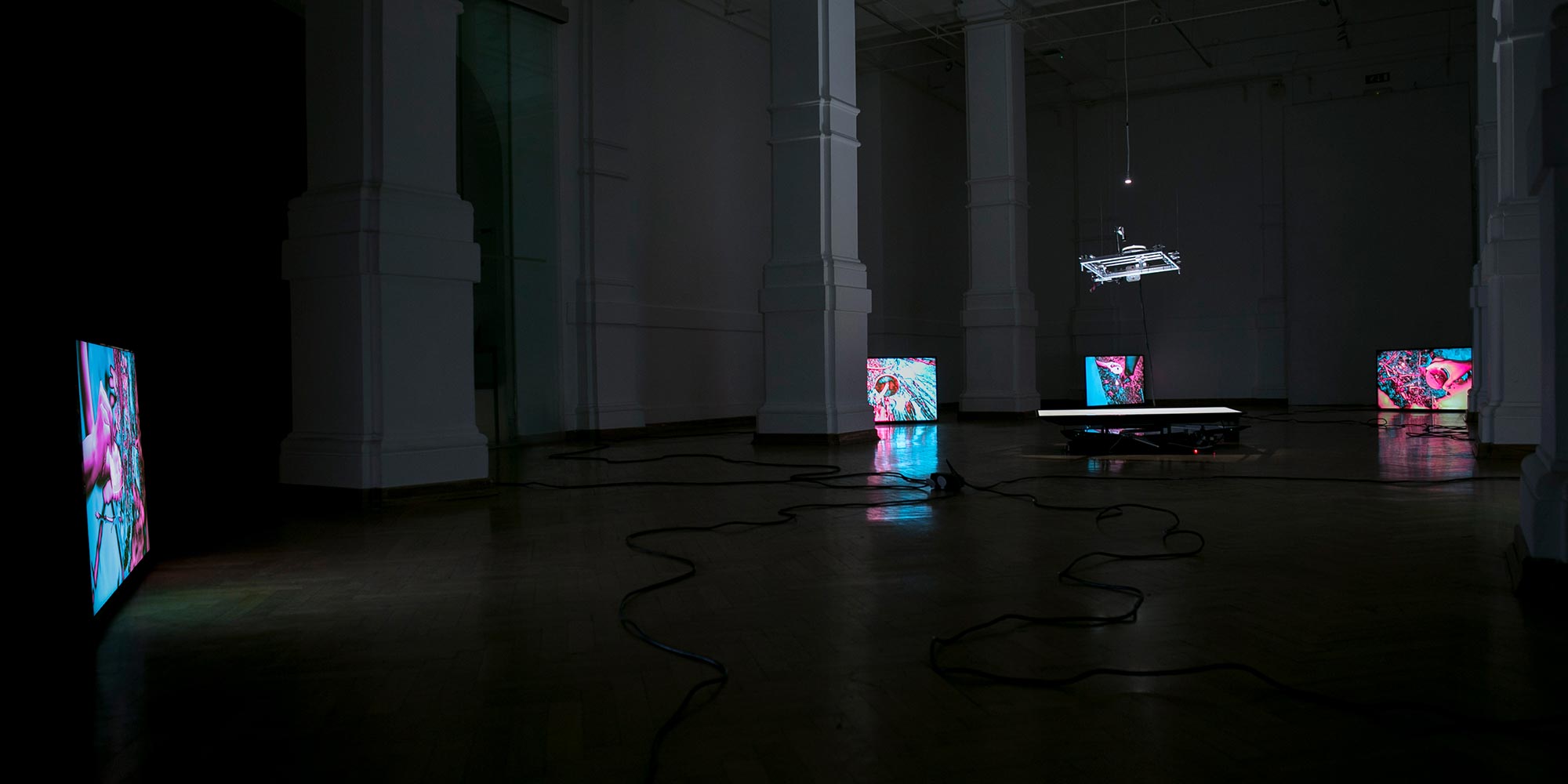 MycoMythologies is a series researching how fungal ontologies could help humans think, learn, and practice multispecies survival through practices of inclusion and caring. As a series of ontogenetic mythological stories and machines it researches the multilayered question of how mushrooms can help humans think about the possibilities of entangled life in capitalist ruins. As a speculative artistic research, MycoMythologies thinks not only about how fungal underground networks can inform humans, but also about how technologies define the teachings that humans receive.
The series includes two biotechnological installations: MycoMythologies: Rupture and MycoMythologies: Patterning, which mark two nodes in the mythological planetary institution of the World Networks Entanglement. The biotechnological installations, together with the accompanying myths, function as storytelling objects, nodes in the World Networks Entanglement, that experience disruptions.
MycoMythologies: Rupture is uttering the need for change erupting in mycocentric networks, a need for different stories and tools that disturb existing looping mythologies.
MycoMythologies: Patterning is an infrastructural node for acceptance of change which braids artist’s blood, sweat, and tears into fungal ecology and draws sonified cartographies for the Atlas of Collaborative Contamination.

Saša Spačal (SI) researches living systems at the intersection of contemporary and sound art. Her work focuses on entanglements of environment-culture continuum and planetary metabolisms by developing interfaces and relations with soil critters. She addresses the posthuman condition which involves mechanical, digital and organic logic within biopolitics and necropolitics. Her works have been exhibited at venues such as Ars Electronica, National Art Museum of China, Perm Museum of Contemporary Art, and Transmediale. Her works have received awards and nominations at Prix Ars Electronica, Japan Media Art Award, Prix Cube, New Technology Art Award, and New Aesthetica Prize.