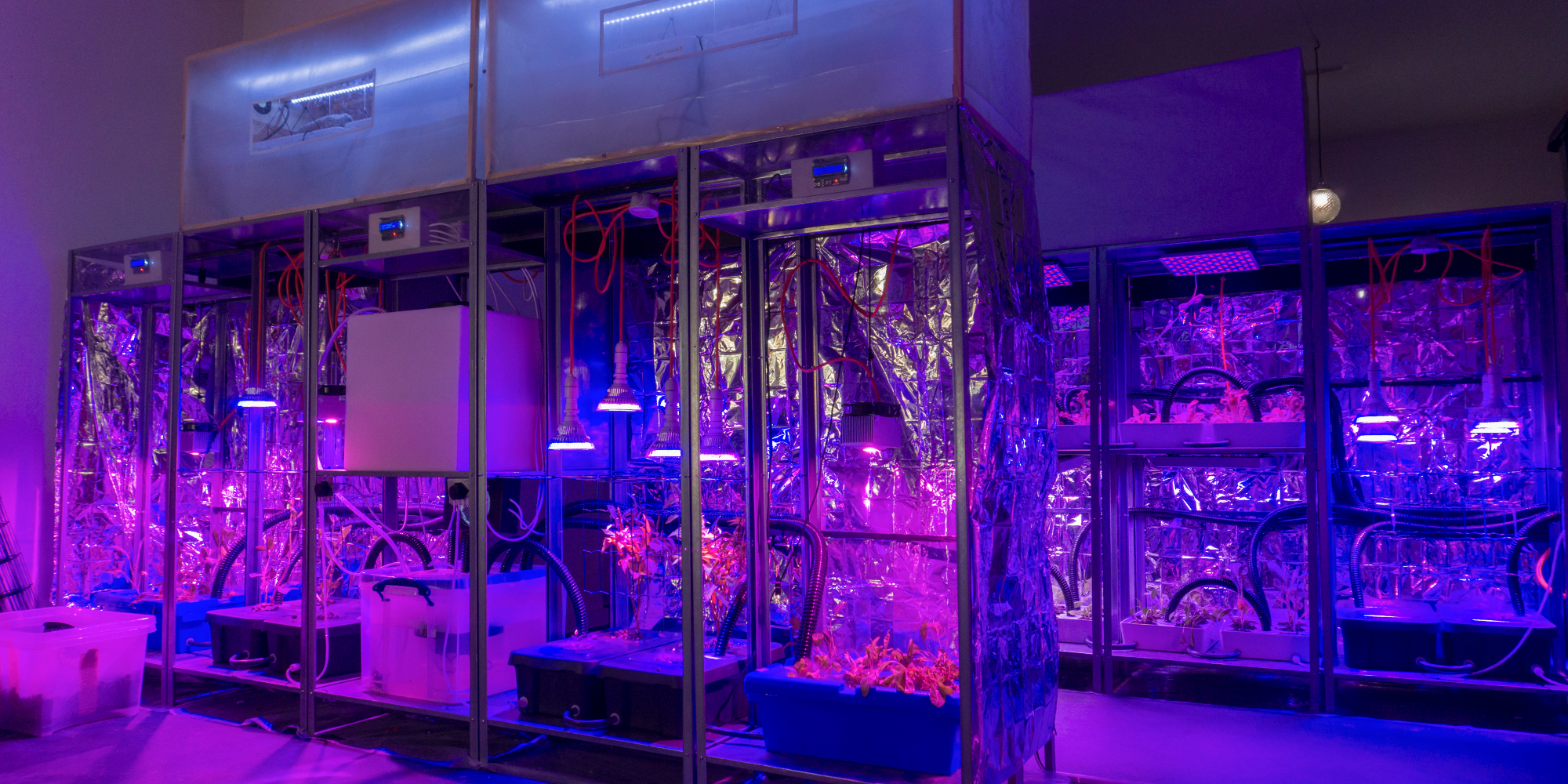 Climate change will transform the lives of people living in Europe in ways it is difficult to imagine.
In the next few decades, the region is expected to experience huge problems with food insecurity, extreme weather, and resource scarcity.

Mitigation of Shock (MOS) is an experiment giving the future consequences of climate change immersive, visceral form. Superflux wanted people to experience what living with climate-related resource scarcity might feel like, and potential adaptations for mitigating the worst of its effects.
The team designed and built a near future apartment featuring a DIY food computer system improvised from the detritus of a technological utopia that never quite arrived. Experimental food production stacks occupy areas in the home once intended for relaxation. Salvaged consumer items like IKEA shelves, decorative fog makers, and computer fans have been resourcefully hacked together with programmable micro-controllers, plumbing supplies, and LED lamps. Plants grow in nutrient dense fog without soil, sunlight, or water. Containers of live mealworms wriggle next to containers of edible mushrooms which fruit on logs of recycled cardboard. Fox skins, snares, and hand-drawn maps mark the locations of edible plants, suggesting urban foraging. Evidence from the world outside infiltrates the space: a radio playing the hourly news; newspapers on the coffee table dated 2050 ; and a view of the future cityscape from the window.

Superflux imagine and build future worlds you can experience in the present moment. By creating new ways of seeing, being, and acting, the Studio prompt us to critically examine our choices and decisions, today. Founded by Anab Jain and Jon Ardern in 2009, the Anglo-Indian studio’s work involves the design and production of visceral experiences, tactile toolkits, and strategic interventions to shape understanding of the present, and provoke thinking about future possibilities.