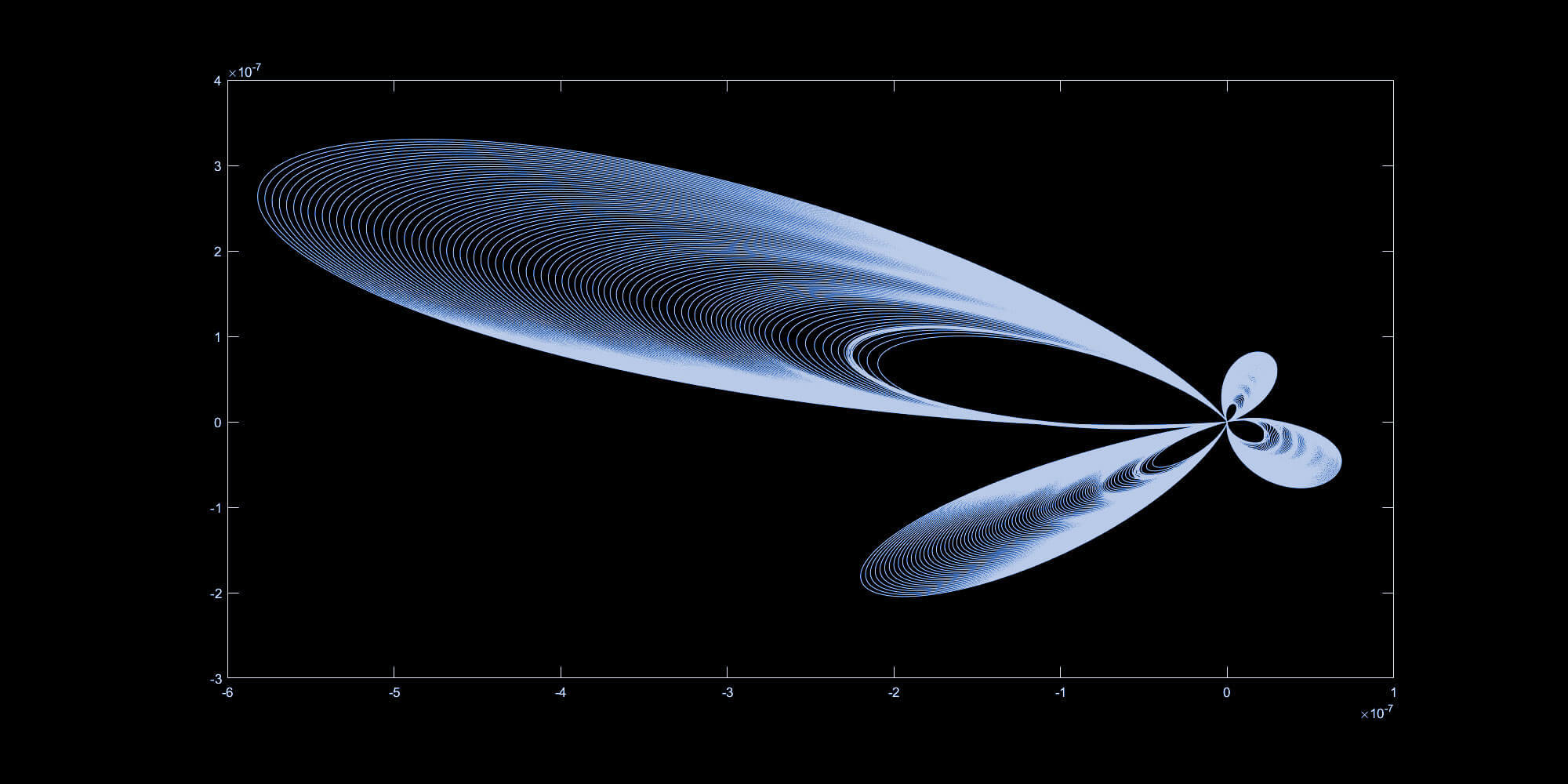 Mikromedas AdS/CFT 001 is part of the multimedia project Mikromedas.
Mikromedas is a data-driven music project in which the compositions produced use data stemming from space, deep space, and astrophysical simulation models. Unique systems and innovations in using astrophysical data and models as new tools for artistic creation were designed to realize the project. These include data sonification, data visualization, and algorithmic composition.

The project is presented in several thematic performance series. The latest series within Mikromedas is the AdS/CFT series.
This new series focuses on the ultimate quest in today’s field of theoretical physics, namely the search for a theory that would unite both worlds of quantum physics and Einstein’s general theory of relativity. In the scientific community, this quest gave rise to the field of quantum gravity.

The first work in this series, a 45-minute music piece, is the proposed work Mikromedas AdS/CFT 001. The central focus is the fascinating world of astrophysical black holes. The main reason for doing so is black holes’ role in understanding how quantum gravity might work. All of the music in Mikromedas AdS/CFT 001 is composed using data stemming from numerical simulation models of astrophysical black holes and regions of extreme gravitational fields. Data used includes gravitational wave data, elementary particle trajectory data near black holes, and observational white dwarf data.
The work is presented in different forms—as a musical concert, a live audiovisual show, or an audiovisual installation.

The album, Mikromedas AdS/CFT 001, was released in December 2021 on the label Ash International, a subsidiary of the renowned Touch label. It received critical acclaim and has been featured extensively in international outlets and magazines such as Music Radar, Tech Radar, The Wire UK, Electronic Sound Magazine, New Scientist, DJ Mag, Deutschland Funk, and Deutschland Funk Kultur to name but a few.

With support from:
Concertgebouw Brugge (BE)
Baltan Laboratories (NL)
Department of Mathematics | University of Antwerp (BE)
Centre for Mathematical Plasma Astrophysics | KU Leuven (BE)
Alabama Holography Research Group – Department of Physics and Astronomy | The University of Alabama (US)
iMAL – Art Center for digital cultures & technology (BE)
Liebig 12 Gallery (DE)

Valery Vermeulen (BE) is a Belgian electronic musician, music producer, mathematician, guest professor at the Royal Conservatory – School of Arts Ghent (BE), researcher at the Department of Mathematics at the University of Antwerp (BE), and guest lecturere at MA ArtScience in Den Hague (NL). He holds a PhD in mathematics at as well as an MA in music production. His work covers a broad range of topics and disciplines, including (generative) sound synthesis, AI, biofeedback, astrophysics, theoretical physics, econometrics, and data sonification. His work has been widely shown and featured internationally.

A black hole is a place in space where gravity pulls so much that even light cannot get out. The gravity is so strong because matter has been squeezed into a tiny space. This can happen when a star is dying. Because no light can get out, people can’t see black holes. They are invisible. Space telescopes with special tools can help find black holes, but what if music could also provide us with a way of sensing what black holes are all about? Valery Vermeulen highlights the inspirational role that art can play in a cross-disciplinary collaboration between art, science, and technology by deliberately positioning his work at the boundary where technological and scientific knowledge ends. Mikromedas brings in a highly inspiring speculative vision that could undoubtedly evolve the current state of the field of theoretical physics. Researchers working in quantum gravity offer an ever-increasing number of mind-bending models of reality that may never be tested by human endeavor. Thus, with this collaboration, a fictitious reality is being created in which scientific and artistic creativity are interchangeable. Mikromedas AdS/CFT 001 is a 45-minute musical piece that focuses on the fascinating world of astrophysical black holes. In 2005, the mathematician, musician and artist Valery Vermeulen began an intense research and production work together with other scientists, artists, and academic institutions focusing on the ultimate quest in the field of theoretical physics today, namely the search for a theory that unites the two worlds of quantum physics and Einstein’s general theory of relativity. All the music of Mikromedas AdS/CFT 001 is composed with data from numerical simulation models of astrophysical black holes and regions of extreme gravitational fields. Customized programs and systems were designed to translate large amounts of data into sound and graphics, resulting in new techniques that uncovered uncharted territory about gravitational waves or white dwarfs.