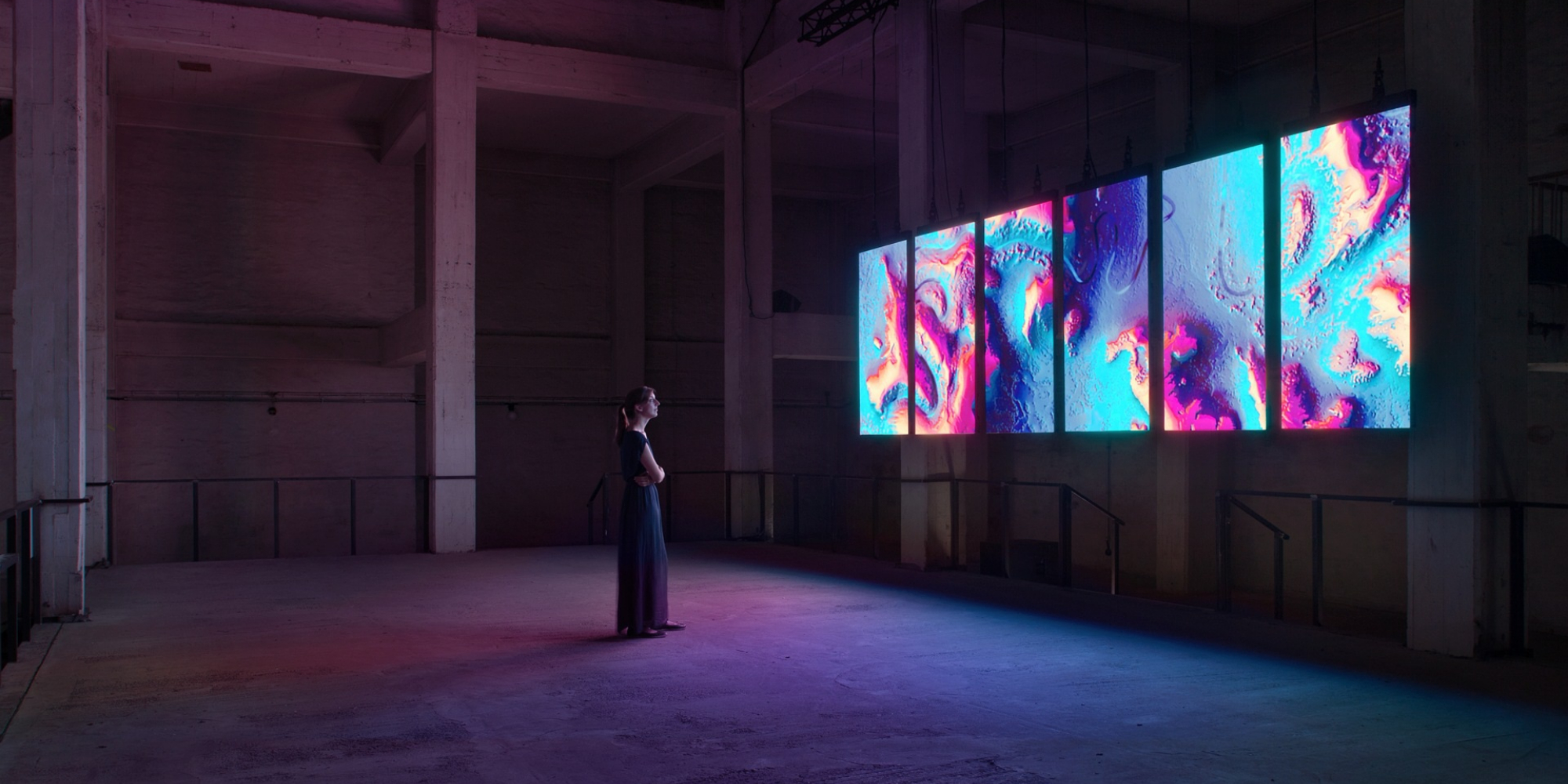 Meandering River is an audiovisual art installation comprised of real-time visuals and music composed by an A.I. through machine learning. The piece reinterprets the shifting behavior of rivers in the landscape, regarded from a bird’s eye view. Minor changes of riverbeds are not visible for the bare eye, as they are gradually happening over time. Spanning over multiple screens Meandering River visualizes these altering landscapes and makes the changes visible. It leaves the observer with a unique perception of time.
By investigating scientific research that examines the natural phenomenon of meandering rivers, different algorithms were developed to authentically simulate the unpredictable movements of rivers and reinterpret their organic structures, rhythmic fluctuations, and visual materiality.
The accompanying soundscape was developed with the help of an A.I. to complement the mesmerizing movements of the visuals. Values outputted directly from the river simulation were analyzed and interpreted in real-time to influence the musical parameters and reflect the performative nature of the work.

onformative is a studio that aims to challenge the boundaries of art, design and technology. Guided by an emotional approach, they search for new forms of creative expression. Their meaningful artworks explore the relationship between humans and technology. kling klang klong develops intelligent acoustic scenographies within science, art and communication. The studio focuses on putting the visitor as an active participant in interplay with an organic sound environment and thereby intensively exploring music, soundscapes, and installation art.