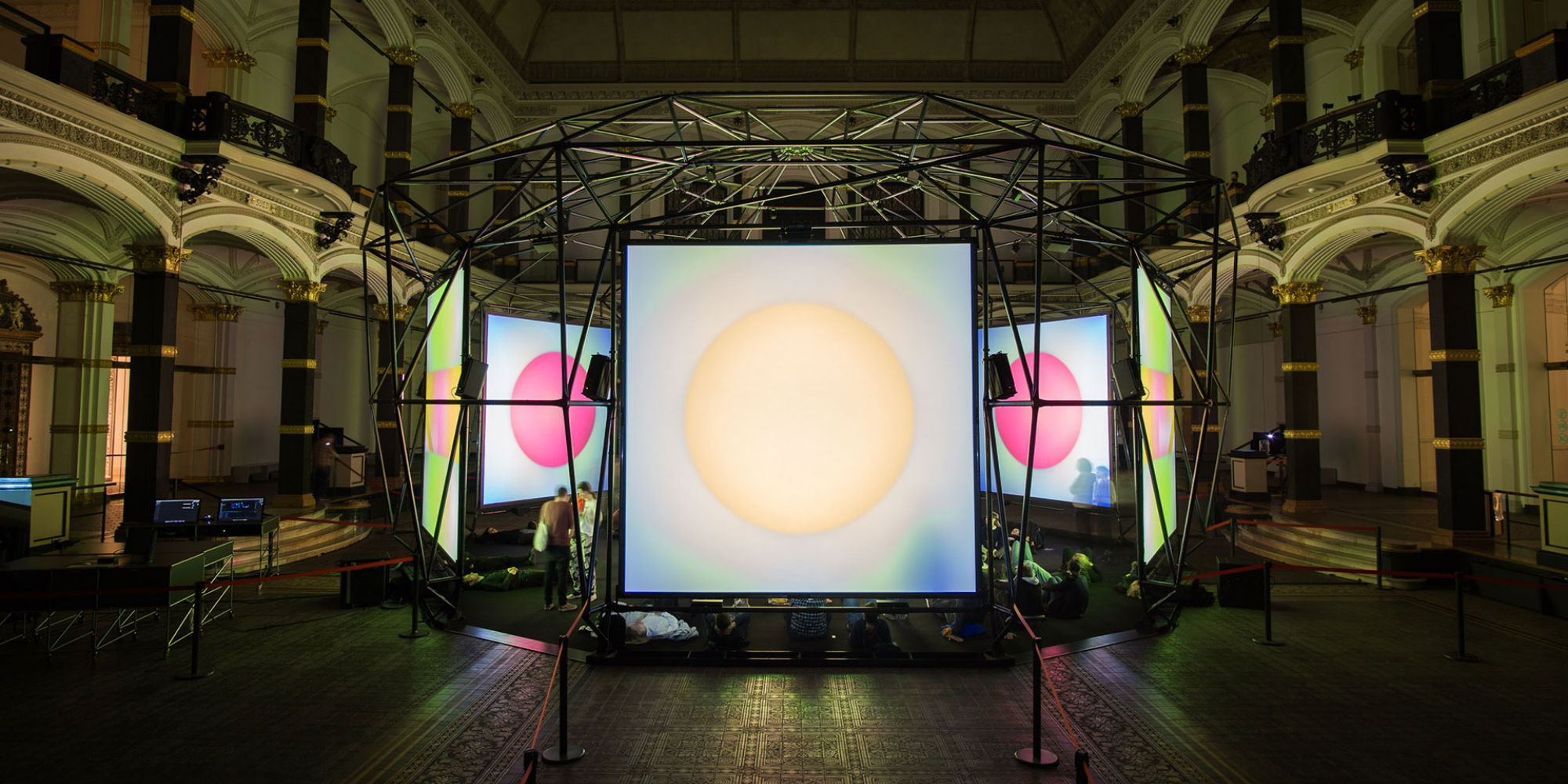 The ISM Hexadome is a platform for installation and live performance, featuring a 52-channel immersive sound system, assembled on a 15.5-meter wide, 7.9-meter high hexagonal structure, holding 6 projection screens. This system enabled artistic collaborations between both sound and visual artists to create immersive audio-visual installations and also perform live. Live performances held approximately 200 people while installations were presented on rotation over the course of the day, where the public could come and go as they please. The ISM Hexadome had the honor of being hosted at the Gropius Bau in Berlin. Over four weekends, the selection of live performances and installations were presented by nine audio-visual artist collaborations from Peru, the Netherlands, Belgium, Armenia, England, Australia, Germany, Canada, and the USA. These works represented a diverse range of concepts and disciplines, from 3D universes, artificial neural networks, ancient iconography, matrixes of oscillators, collages of voices and hymns, electron microscopes, and at one point, a cast of live actors leading crowd participation–to name just a few.

Video engineers and Project design: Tobias Götz, Jan Honza Taffelt
With thanks to Frederick Roeser, Marco Ciceri, Anne Sebald and the rest of the Pfadfinderei team

The Institute for Sound and Music e.V. (ISM) is a Berlin-based non-profit organization dedicated to the culture of Sound, Immersive Art, and Electronic Music. Presently, the ISM is raising support and awareness for its ultimate goal to establish a new and permanent home for a cutting-edge museum experience in Berlin, through a series of three global touring exhibitions. The core team is a community of dedicated individuals, living in Berlin, working in the field of sound, art and technology, who share this common goal for creating a permanent space.