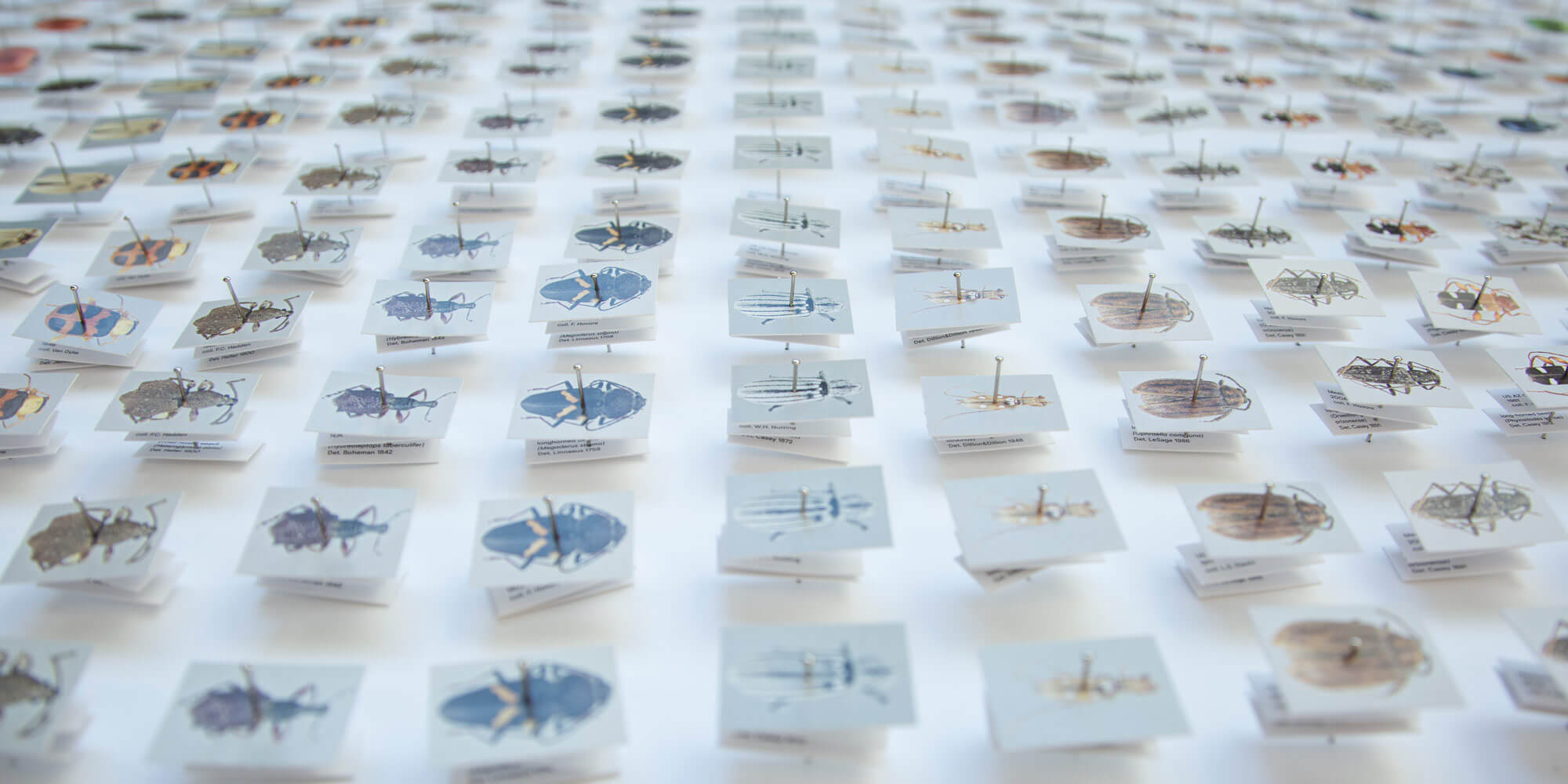 In 1971, a group of international engineers designed the first commercial microprocessor in history, Intel 4004. This event marked a decisive moment in recent history, as for the first time it was possible to translate intelligence to an inanimate object, which opened a new era in technological development and the emergence of a new techno-capitalism imaginary. Interestingly, while humanity began a never-ending process based on perfecting and increasing the power of this new artificial intelligence, the planet’s wildlife began to become extinct at an exorbitant rate. According to a study published in 2014 by the WWF, since 1970 humanity has wiped out 50% of the planet’s species. It seems that there might be a correlation between the ubiquity of microprocessors, the rise of their computational power, and the acceleration of extinction processes. In order to illustrate this, the project establishes a link between the exponential growth of microprocessor and the decline in both number and diversity of species—in particular insects, who form an essential part of our ecological infrastructure and have been declining at alarming levels, with reports suggesting that a quarter of insects could be wiped out within just a decade. The Inanimate Species display seeks to highlight the subtle but continuous replacement of the natural order by technological advancement and reflects not only on the cannibalization of ecologies, but also on the problematics of visibly representing climate change. Ultimately, Inanimate Species sets out to expose the links between the explosion of techno-capitalism, the acceleration of climate change, and resulting decline of essential ecosystems.

With support from Fundación BBVA

Joana Moll (ES) is a Barcelona/Berlin based artist and researcher. Her work critically explores the way techno-capitalist narratives affect the alphabetization of machines, humans, and ecosystems. Her main research topics include Internet materiality, surveillance, social profiling, and interfaces. She has presented her work in renowned institutions, museums, universities, and festivals around the world. She is the co-founder of the Critical Interface Politics Research Group at HANGAR [Barcelona] and co-founder of The Institute for the Advancement of Popular Automatisms. She is currently a visiting lecturer at Universität Potsdam and Escola Elisava in Barcelona; an artistic researcher in residence at HGK FHNW in Basel, a research fellow at BBVA Foundation, and a fellow at The Weizenbaum Institute in Berlin.

Scientists warned as early as 2019 that one million species, out of an estimated eight million, are in danger of extinction, many of which could become extinct within decades, according to a UN report. Some researchers even consider that we are in the midst of the sixth mass extinction process in the history of the planet. These previously known mass extinctions wiped out between 60 and 95 percent of all species, and ecosystems take millions of years to recover. The project presented by the artist and researcher Joana Moll establishes a link between the exponential growth of microprocessors and the decrease in both the number and diversity of species, particularly insects, which form an essential part of our ecological infrastructure. Inanimate Species seeks to highlight the subtle but continuous replacement of the natural order by technological advance, and reflects not only on the cannibalization of ecologies but also on the problem of visually representing climate change. Inanimate Species aligns with European values and commitments, such as taking urgent action to combat climate change and its impacts, preserving and promoting the sustainable use of terrestrial ecosystems, and ensuring responsible, inclusive, and sustainable innovation and industrialization.