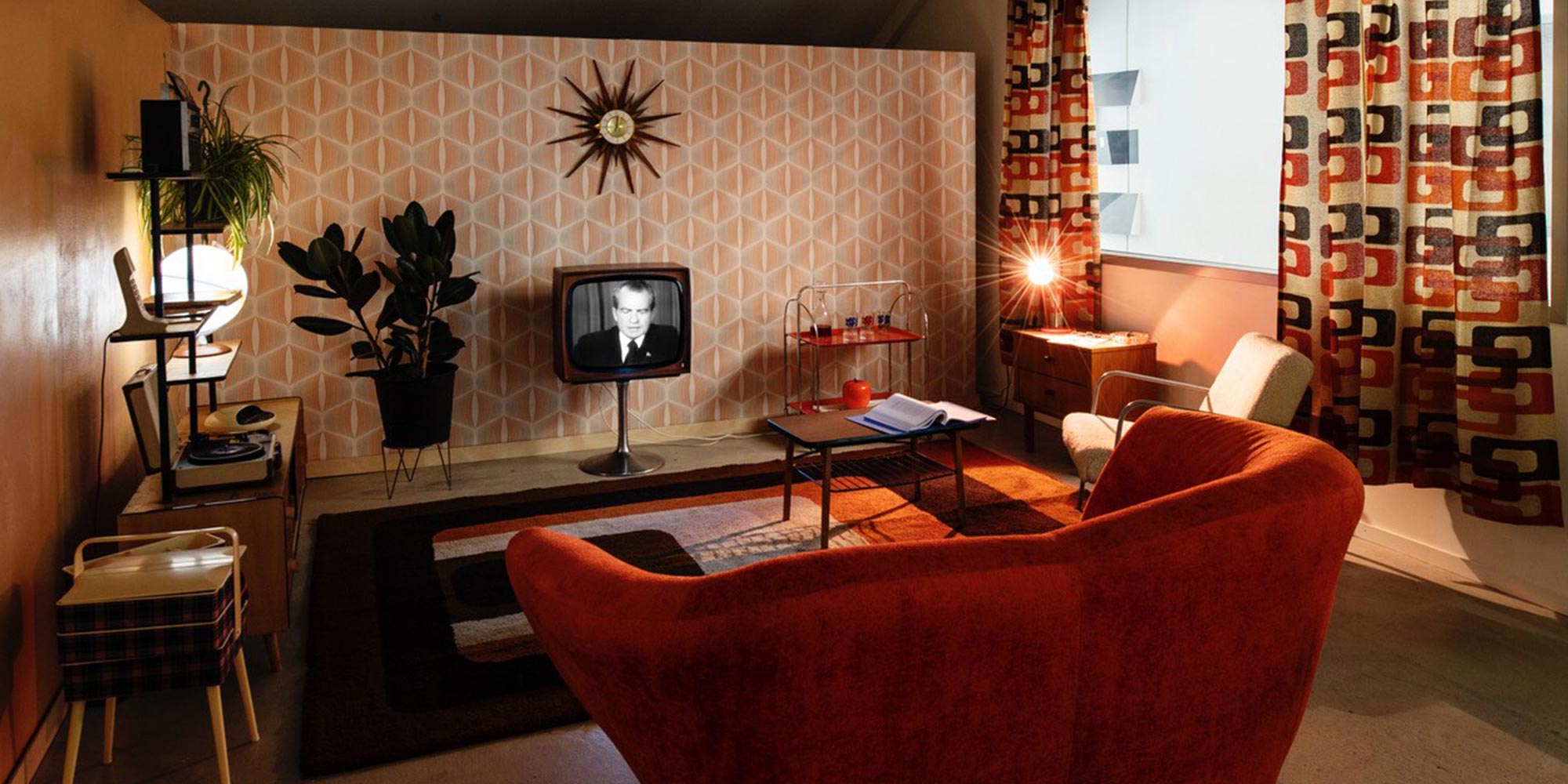 In July 1969, much of the world celebrated the “giant leap for mankind” of the successful moon landing. Fifty years later, nothing is quite so straightforward. In Event of Moon Disaster illustrates the possibilities of deepfake technologies by reimagining this seminal event. What if the Apollo 11 mission had gone wrong and the astronauts had not been able to return home? A contingency speech for this possibility was prepared, but never delivered, by President Nixon—until now.

In Event of Moon Disaster invites you into this alternative history and asks us all to consider how new technologies can bend, redirect, and obfuscate the truth around us. The project has a physical installation as well as an online component. The installation version consists of a 1960s American living room set allowing viewers to step back in time to watch the coverage of the Apollo 11 mission live on a vintage TV. The film journeys from blast off all the way to the moon where something goes terribly wrong and Neil Armstrong and Buzz Aldrin are stranded, prompting President Nixon to deliver the elegiac contingency speech to a mourning world. The website contains both the film and accompanying educational materials as well as a quiz used to evaluate the effectiveness of the awareness campaign.

Halsey Burgund (US) is a sound artist and technologist whose work focuses on the combination of modern technologies—from mobile phones to artificial intelligence—with fundamentally human ‘technologies,’ primarily language, music, and the spoken voice. He is the creator of Roundware, the open source contributory audio AR platform, which has been used to create art and educational installations for cultural organizations internationally. Halsey is currently a fellow in the MIT Open Documentary Lab and has formerly held artist research positions in the MIT Media Lab as well as the Smithsonian Institution. Francesca Panetta (GB) is an independent artist and storyteller. Formerly, she was a Creative Director in the MIT Center for Advanced Virtuality. As an immersive artist and journalist, she uses emerging technologies to innovate new forms of storytelling that have social impact. Previous to MIT, she worked at the Guardian for over a decade where she pioneered new forms of journalism including interactive features, location-based augmented reality, and most recently virtual reality, where she led the Guardian’s in-house VR studio. Her works have won critical acclaim—receiving awards around the world.