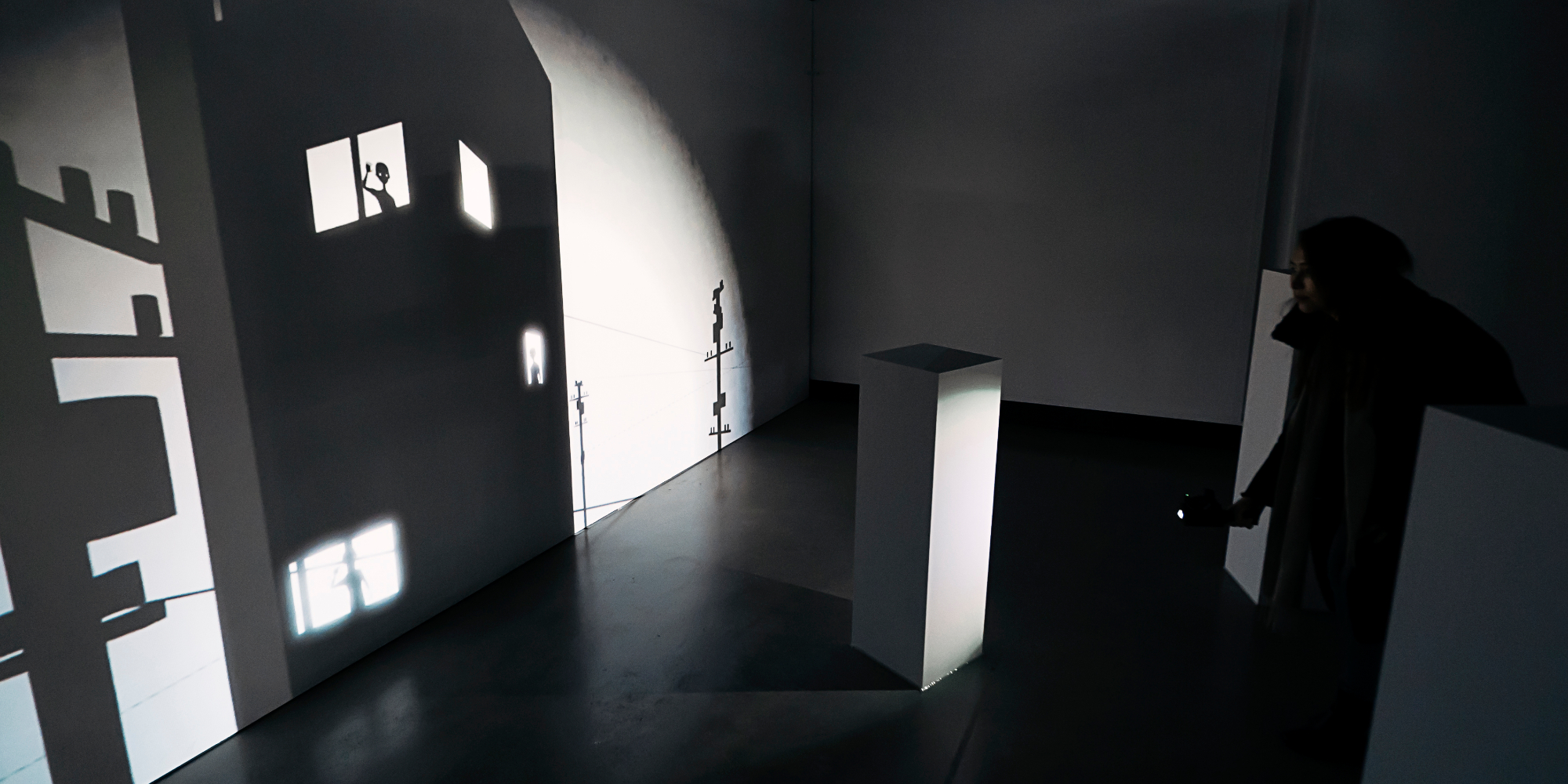 Hello, Shadow! is an interactive art installation implementing a kind of augmented reality mixed with a shadow. I have been developing this kind of AR media from my previous work Augmented Shadow(2010). This media augments the reality by mapping virtual shadows on the real shadows of objects. Users have to move the angle of a lighting source to observe shadow shapes that are generated by computer graphics, then get to understand the virtual world embedded in the shadows. Because of the characteristics of a shadow located at the boundary between imagination and reality, the users feel a unique fantasy and poetic emotions with intellectual fun due to the unexpected shape of the shadows.
I have been experimenting with the unique visual language and interaction rules of this AR media. This time I have developed a new device which is capable of performing more sophisticated augmented shadow and many more possibilities. Under the theme of an encounter with the shadow world, Hello, Shadow! is the first art work using the device.

Joon Moon is mostly working on experimental media and computational art such as augmented reality, tangible interface, generative art, and sound visualization. He is also a university teacher, freelance designer, and computer programmer. His works were exhibited at MOMA (New York), Microwave, Onedotzero, FILE, Cinekid, Scopitone, and major museums of Korea such as National Museum of Modern and Contemporary Art, Seoul Museum of Art, Gwanju Design Biennale, and Kumho Museum.