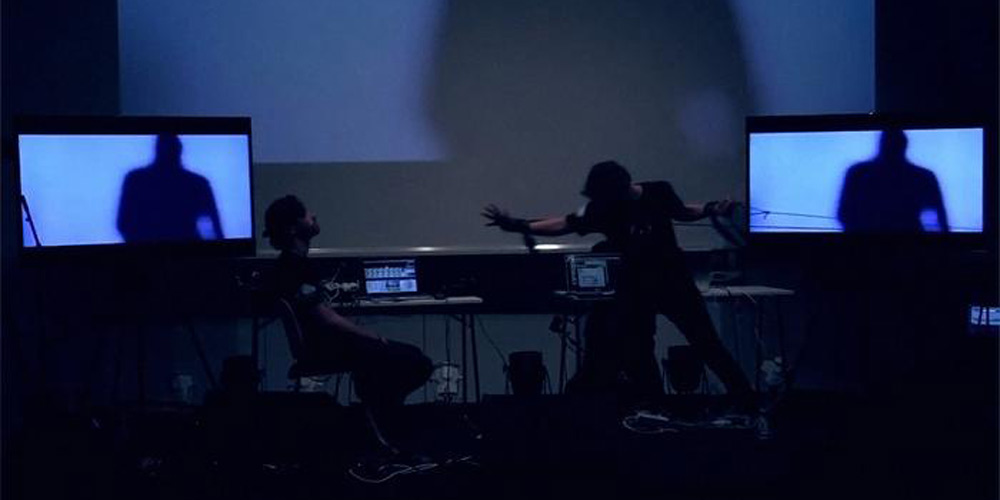 Is the mind separated from the body? #FindingSomethingBondingSound addresses this ancient philosophical question by using state-of-the-art technology to hack the brain & the body and translate their activity into sounds and images related to the deepest feelings, emotions, and motivations.

In #FindingSomethingBondingSound the brain can act as an audiovisual sampling system and the body movements (gestures) act as an effects modulator. The mind controls audio and video samples organized in a playlist according to neurofeedback paradigms. It uses states of mind, in 7 steps, from low arousal to high arousal and the body gestures control some effects.

#WhiteMatter is a collective formed by the MuArts (Francisco Marques Teixeira and Horácio Tomé-Marques) and RUMEX (Fanni Fazakas).

Francisco Marques-Teixeira (PT). His passion is brain technology.  He has been working with techie developers, geeky artists, and hackers who want to link the brain to the IoT and the digital world so we can enter in a transhumanism age and promote brain computer interactions. He wants to understand how this new media, mainly interactivity and immersion, can alter our brain. Currently he is the Neurofeedback director at Neurobios – Neuroscience Institute and partner at MuArts.

Horácio Tomé-Marques (PT) Is a multidisciplinary artist and teacher (Multimedia and Performing Arts). His PhD research deals with the relationship between Music, Reason and Emotion where he uses Brain to computer interfaces and innovative arts approaches. It follows a dual framework: 1) science: that studies the brainwaves, synchronization, phase-lock, resonance; 2) art: artworks (e.g., live visuals, sound narratives) are anchored in the empirical findings.

Fanni Fazakas (HU) is RUMEX, an audiovisual artist and music producer. RUMEX integrates music production, media design, and experimentation to form a unique visual and audio experience. RUMEX is also involved with new technologies of neuro and bio-feedback. RUMEX is project manager at the 4D sound and plans on using the brand new sound system for a live show. RUMEX graduated from Moholy-Nagy University of Art and Design where she studied Media Design.