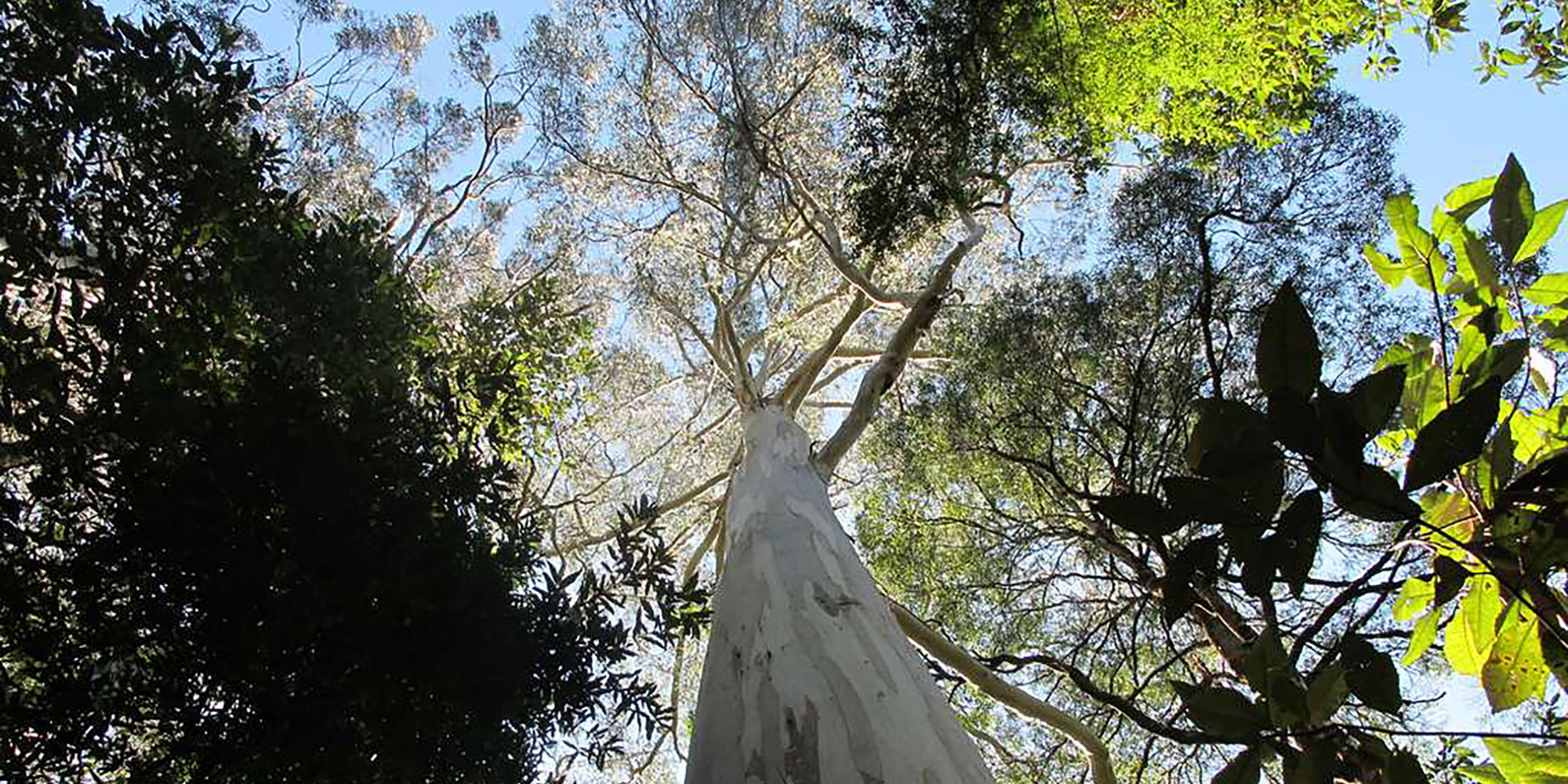 Bio-art: When a Tree became a Partner 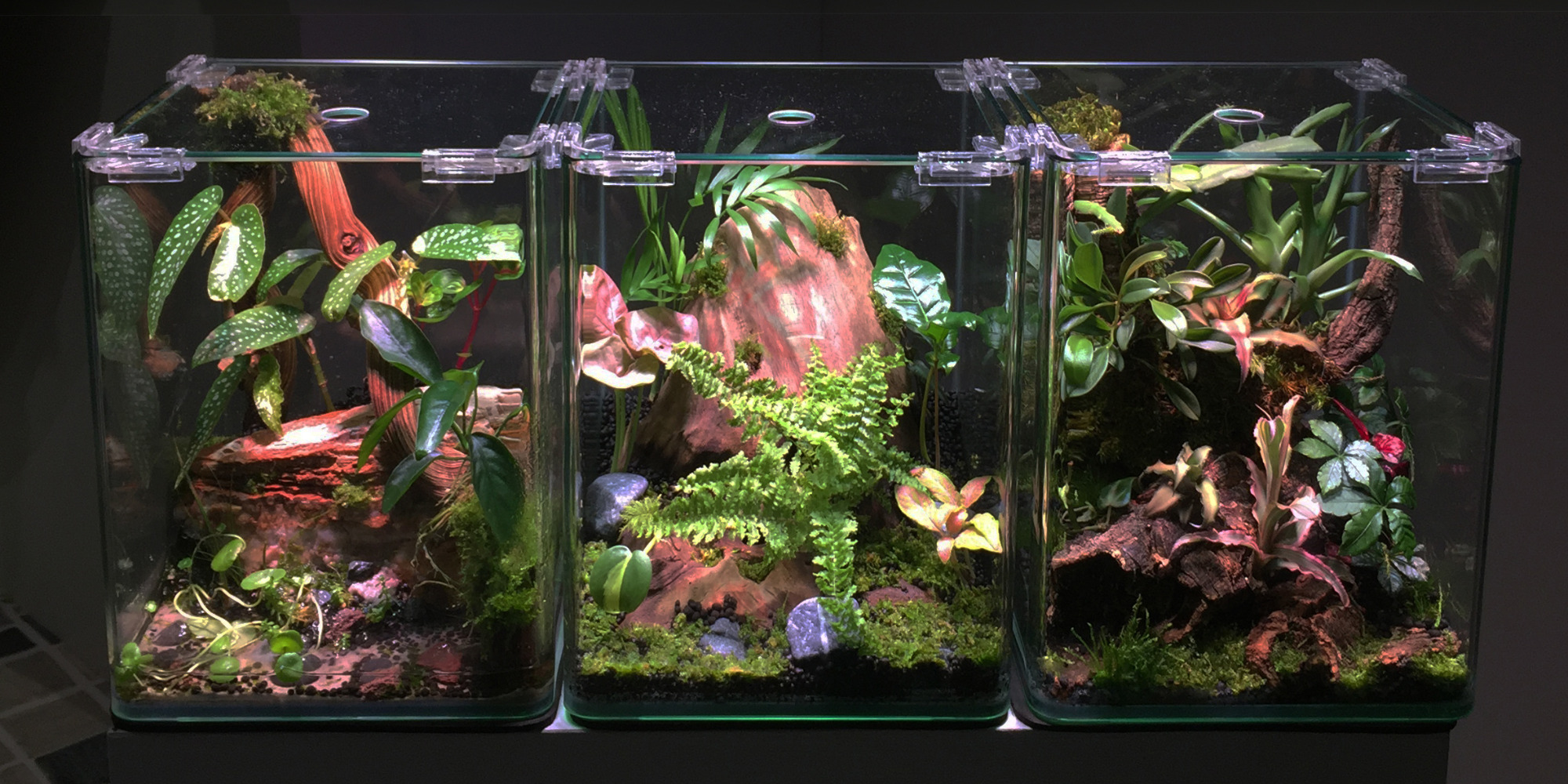 It was the rebirth of the Biscarosse Elm in the frame of Olga Kisseleva’s Biopresence project (2012) that served as a catalyst for the creation of a series of the tree-based bio-art works created by the artist during the last decade. The “arboreal” theme was taken up and developed in several parallel studies. One such extensive project is EDEN Ethics – Durability – Ecology – Nature, which began in 2012 and has continued to the present day. The project touches on a range of issues, including the protection of endangered plant species and interspecific communication between living subjects that are placed in the “inhuman”category.

The EDEN project is aimed at creating a new Garden of Eden as the ultimate goal of introducing innovative technologies to art and using unorthodox thinking to solve ecological problems. In collaboration with scholars from various countries, Olga Kisseleva is currently “resurrecting” the following plant species: the West European elm (the Biopresence project, France), the Afarsimon and Methuselah palm tree (the Negev Desert, Israel and Jordan), Sophora toromiro (Easter Island), Bodhi Jiulian (China and India), Wollemi Pine (Australia), and the Aport apple cultivar (Kazakhstan). The study of trees as guardians of biological and historical memory has a special place in Olga Kisseleva’s project. The artist creates in this field the Memory Garden program (2020) based on the bioshere of Babi Yar, one of the most tragic sites of the Holocaust. The memory captured through its trees perceived as time capsules is a message about the future, despite the tragedies of the past.

The artist scrutinizes the hypotheses advanced by European scientists, according to which plants can “communicate” among themselves. Olga Kisseleva is also investigating the possibility of “eaves dropping” on this arboreal “dialogue,” and even taking part in it. This idea has given birth to the project in which trees can “communicate” on two levels: among themselves in the T2T (Tree – To – Tree) model, and on the level of the global T2N (Tree – To – Network). The trees included into the project can talk together across continents. Humans can follow their communication through the interactive installations created by the artist.

This network helps trees to optimize their vital mechanisms and to protect themselves from potentials aggressors. The trees included in the project can talk to humans through the Internet and let them know about any danger which can be perceived by vegetation before we know about it. EDEN experimented the first communication between the historical balm of Gilead trees in Israel and the similar trees in Jordan (Listening to Trees Across the Jordan River, the Negev Museum of Modern Art, 2020). Thanks to the T2T system, trees growing in natural conditions (Japanese Cedars) and trees that have a different biological memory (Wollemi Pine) establish contact through their relatives in Japan, and learn the anti-catastrophe scenario from them (Echigo Tsumari Contemporary Art Triennale, 2018). 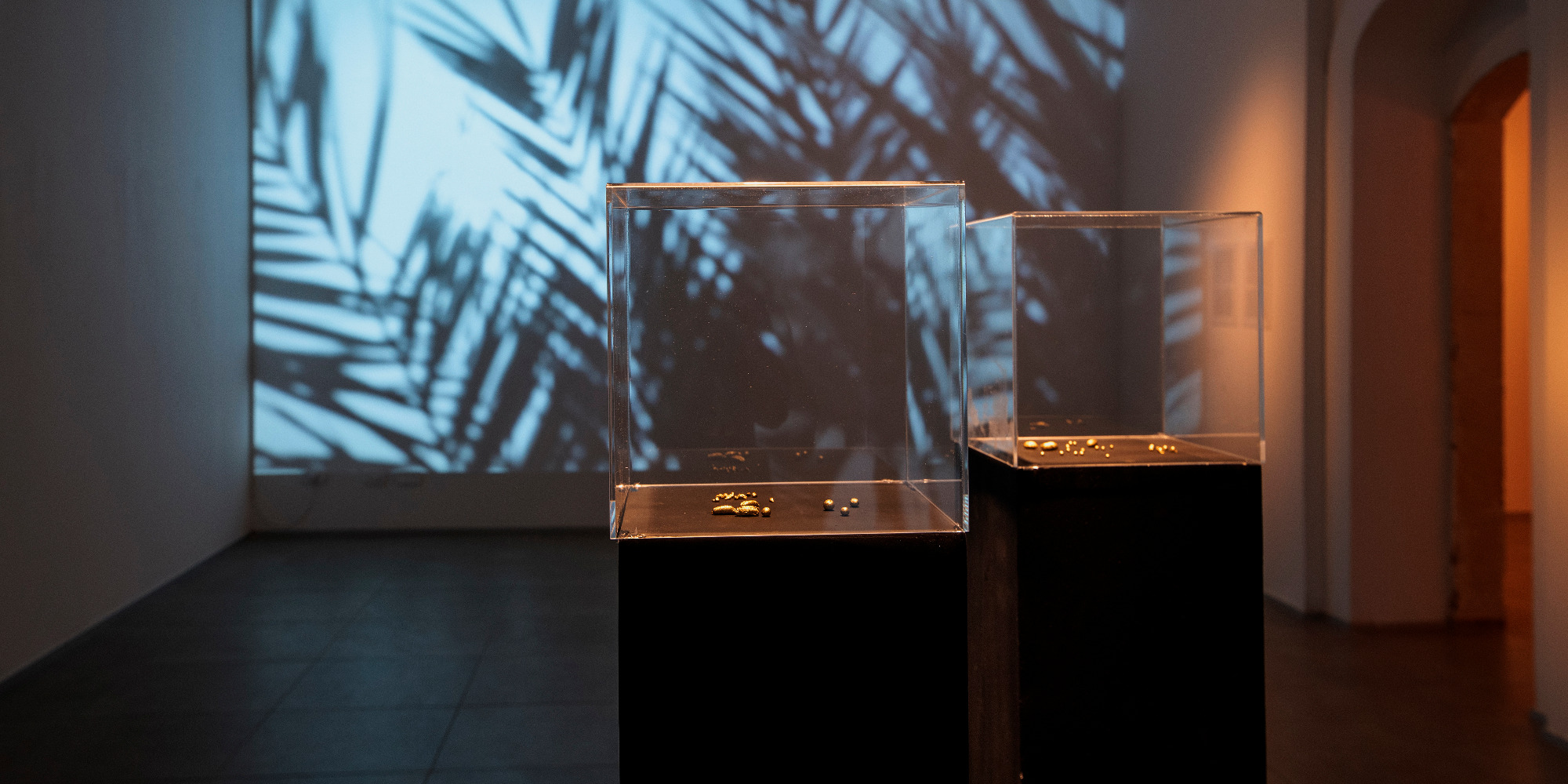 Datascape is an interactive program that materializes and analyzes the whole communication activity of the organic network based on vegetal medium across the selected geographical area. At the heart of this project is the dynamic database dedicated to regional trees and to the broader ties between vegetal heritage, climate, and society. This database will be the source of all visual displays seen by the public and it will also have an interactive dimension: as the project goes on, the public itself will be able to feed the database thanks to a specific QR code. In other words, the art piece will take the shape of a visual display installation composed of digital objects that it will visually map and connect to one another.

Its goal is reviving extinct species of plants and preventing the extinction of species that have been placed on the IUCN Red and Green lists. The real culmination of the EDEN project is our contribution to landscape restoration. It leads to reflect on the implication of humans in this communication and these processes and how to durably change the behaviors by setting up the realization of a true utopia.
One of the directions of bio-art explored by the artist Olga Kisseleva is the possibility to avoid or inverse the natural catastrophe by bringing extinct species back to life, or creating new species on preexisting DNA bases. An artistic utopia, assuming that extinction, despite its supposedly definitive and irreversible nature, can be revoked thanks to the advancement of contemporary human civilization. 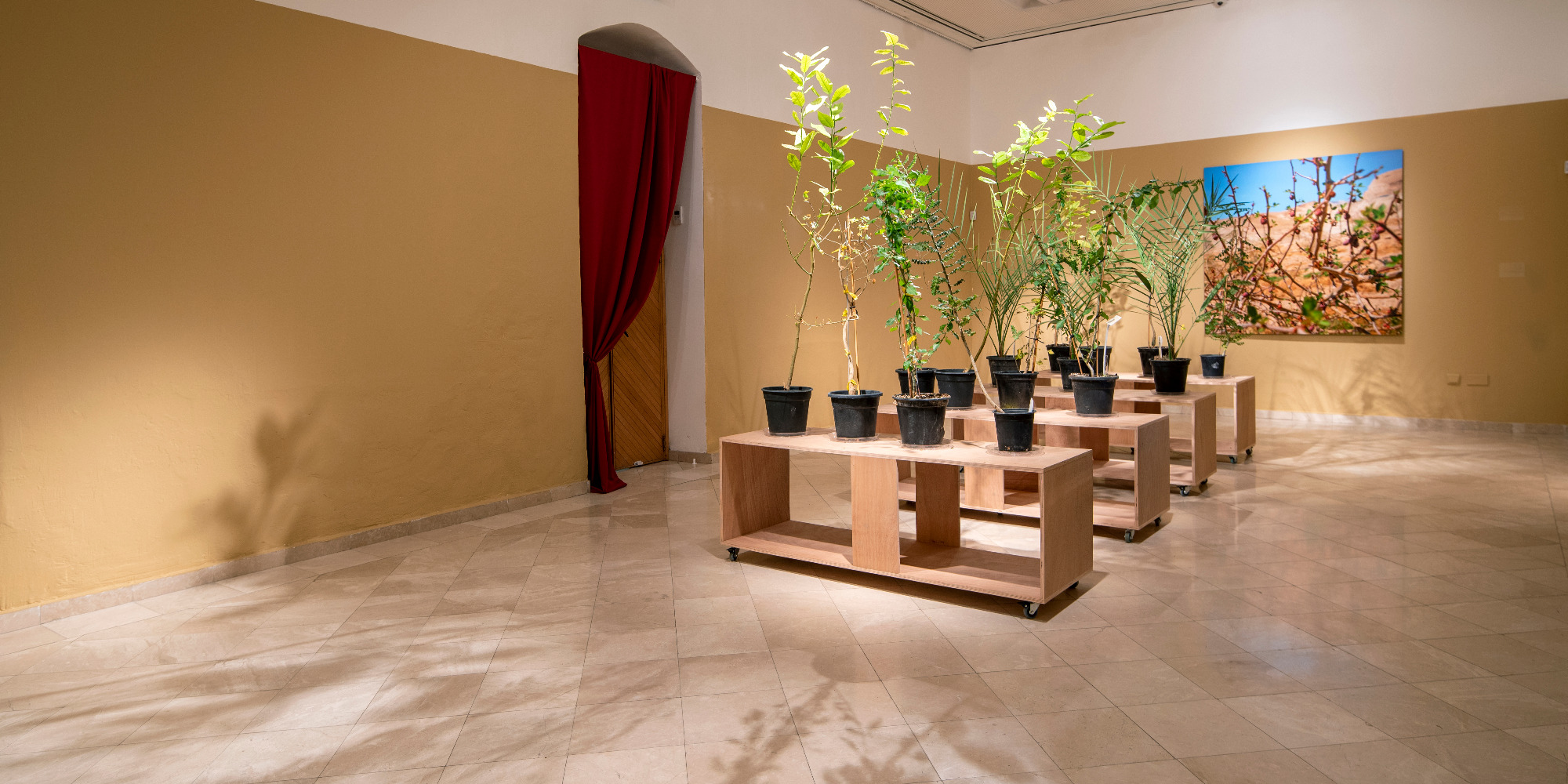 One of the key figures in international art&science field Olga Kisseleva (RU) approaches her work as a scientist. She calls upon collaborations with exact sciences, biology and geophysics and she proceeds with experiments, calculations and analyses, while strictly respecting the methods of the scientific domain. Olga Kisseleva has had major exhibitions in Modern Art Museum (Paris), KIASMA (Helsinki), Museo Nacional Centro de Arte Reina Sofia (Madrid) Fondation Cartier for contemporary art (Paris), Centre Georges Pompidou (Paris), Guggenheim Museum (Bilbao), NCCA (Moscow), as well as Biennales of Dakar (2002), Tirana (2003), Moscow (2011), Istanbul (2013) and Venice (2019). Her works works are present in many of the world’s most important museum collections, including, the Centre Pompidou, Louis Vuitton Foundation, ZKM, Moscow Museum of Modern Art and the NY MoMA.
Olga Kisseleva teaches contemporary art in the Sorbonne University of Paris, she is the head of Art & New Media program and Founding director of Art&Science International Institute.

EDEN won the STARTS Prize category of Innovative Collaboration because the project exemplified the role that art can play in driving large-scale societal change through interdisciplinary collaboration.

EDEN examines the difference between physical and genetic extinction. This project started as an artistic commission and evolved into a large-scale international collaboration from which the learnings and outcomes are transferable to other global-scale societal challenges facing humanity. EDEN commenced with, and succeeded in, bringing a species of elm tree back into existence in Europe and the project team extended their impact to several species of tree across the globe. The diverse project team was vast—far too many collaborators to reference here—further illustrating the benefits of cross-disciplinary collaboration.

EDEN leverages scientific thinking (genetics) and emerging sensor technology to gain a new understanding of nature. The project leveraged sensor and telecommunication network technology to investigate how trees interact with each other and their environment. They developed a technique to connect trees across the globe in the hope that different species across different locations could communicate and learn from each other. The vast and complex data captured from the tree networks was made audible and visible via a range of exhibits and performances across the world.
In summary, EDEN represents a world-leading example on how art can inform science and how science can inform art—where the combination of both is far greater than the sum, unlocking new knowledge to better humanity. The process and outcomes in EDEN are an exemplar that could, and should, be replicated elsewhere.