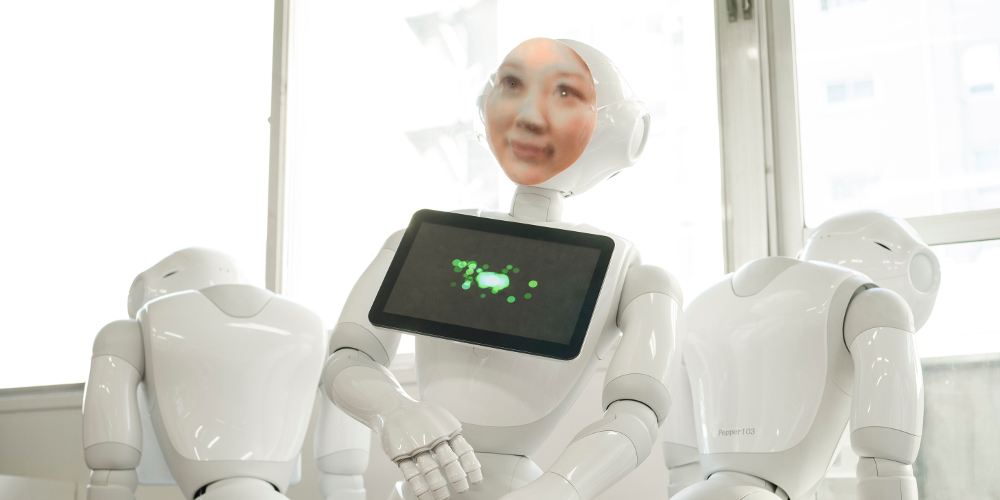 The Digital Shaman Project proposes a new mode of mourning in keeping with the technical advances of today. A 3D-printed mask of the deceased’s face is placed on a domestic robot installed with a motion program that mimics the physical characteristics―personality, speech, gestures―of that individual as if possessed by their spirit. The program functions for 49 days after the person’s death (the traditional Buddhist period of mourning in Japan), during which time family members can experience simulated conversation with the deceased as if he or she were still alive. On the 49th day, the robot bids farewell to the bereaved and the program shuts down. The program is thus designed to allow the bereaved to spend 49 days with a robot seemingly possessed, like a medium, by the deceased. The creator says that she developed the concept after her grandmother’s death, when she personally experienced the function that a funeral serves as a mourning ritual for those left behind.

The experiment is part of a research project on funeral rites as a window into the uniquely Japanese approach to life and death.

Support: Agency for Cultural Affairs, Japan (Project to Support and Nurture of Media Arts Creators) / INNOvation program from The Ministry of Internal Affairs and Communications

Etsuko Ichihara (JP), born in 1988, is a media artist / fantasy inventor. She graduated from Waseda University. Etsuko has been creating artworks that interpret Japanese culture, customs, and beliefs from a unique point of view, and present new, technology-based approaches. Thanks to their strong impact, these works have been introduced across a wide range of media. Main works include Sekuhara Interface, the SRxSI system, and the Digital Shaman Project. Ichihara’s works were included in the Excellence Award at the 20th Japan Media Arts Festival, Entertainment Division in 2017. She has recently presented her works in exhibitions such as ‘Digital Shamanism: Japanese Funeral and Festivity’ at NTT InterCommunication Center [ICC], Japan Media Arts Festival.