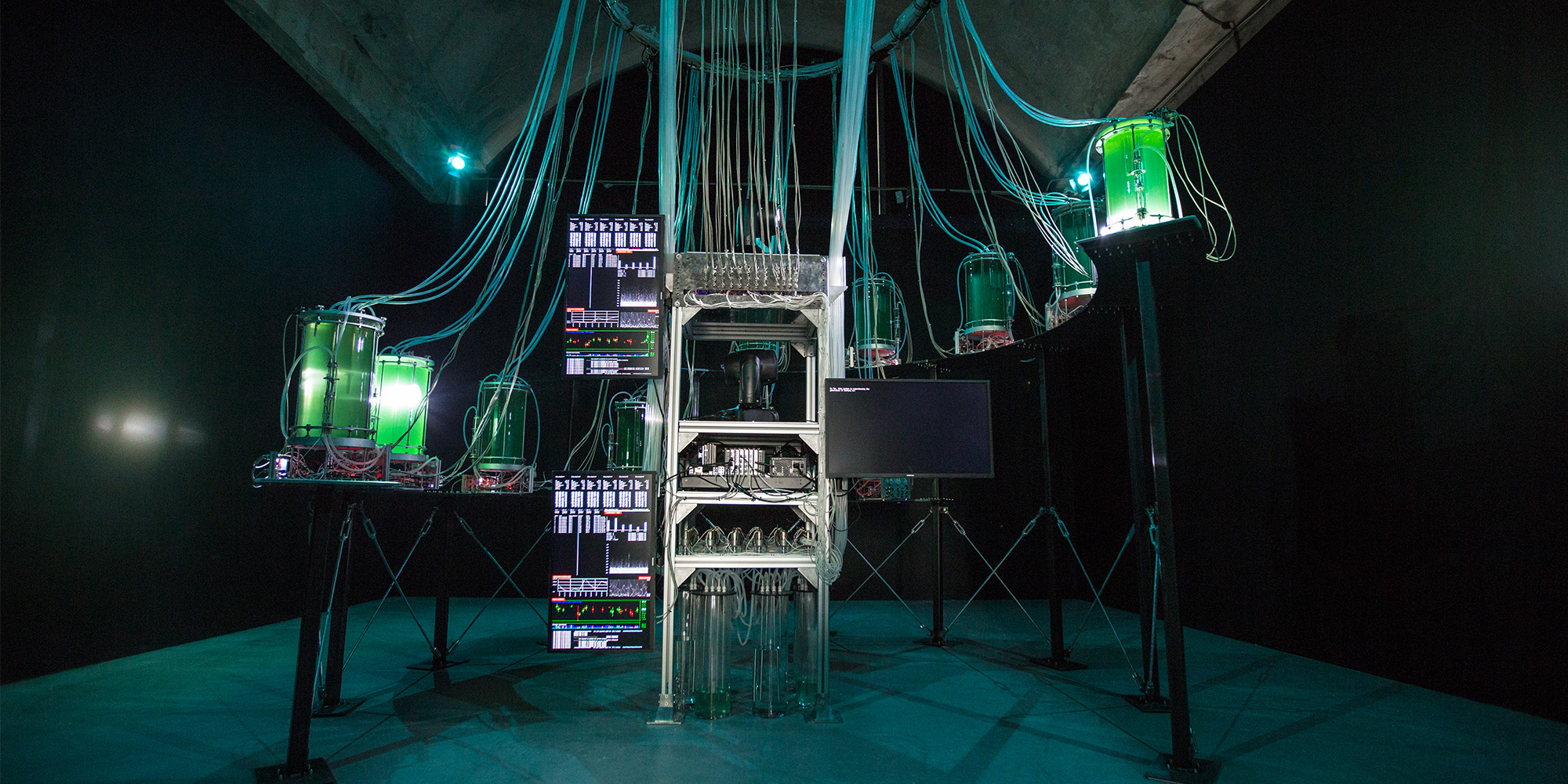 In this installation, two artificial ecosystems are sharing a light source. Access to this light source is granted through a market. Each colony of photosynthetic bacteria can claim access to light thanks to credits earned for their oxygen production. The rules driving the market are optimized through a genetic algorithm. This artificial intelligence is testing different populations of financial systems on these 2 sets of cyanobacteria. The photosynthetic cells and the computer are experimenting with different political systems granting access to this resource, allowing the system to oscillate between collaboration and competition. The genetic algorithm governing the installation pictures the rules of these proto-societies as genes. By breeding populations of societies, new generations of markets arise.
This experimental setup incarnates the need for embracing evolutionary design paradigms for machines and systems while looking at scales going from micro-transistors to planet-size computation, asking how the designs of infrastructures that allow our technologies and ecosystems to interact produce narratives around the concentration of resources and power.

Michael Sedbon’s (FR) work explores networked technologies and systems through their convergence with non-human intelligence (plants, bacteria, etc…) in regard to the Infocene problematics, seen as our current cultural era where Information is the force with the greatest impact on human societies and environments. He has built up a practice-based art and design studio enhanced by collaborations with life-science and computing research institutes. He designs and builds biological computers that behave as thought experiments and aim to question technological and scientific cultures.