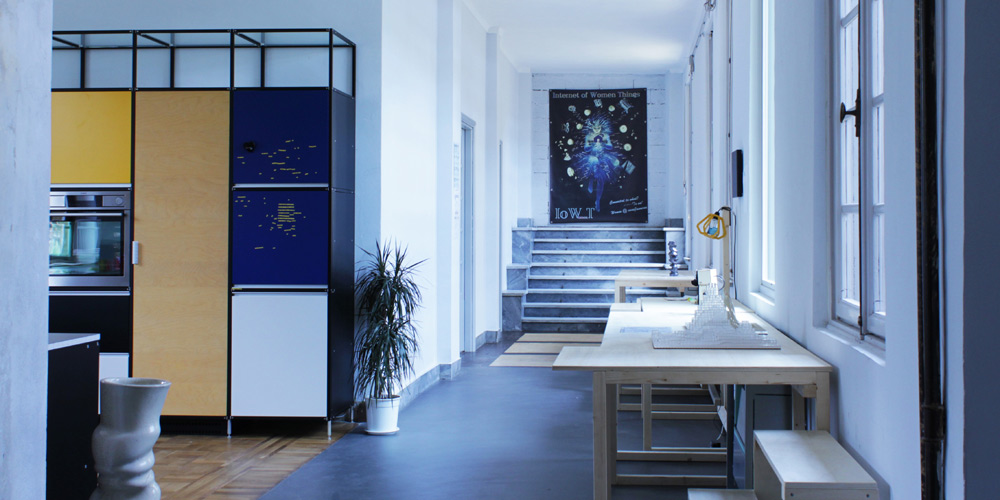 Casa Jasmina is a two-year pilot project in the field of domestic electronic networking, or “the Internet of Things in the Home.” The aim is to integrate traditional Italian skills in furniture and interior design with emergent skills in open-source electronics. The project is a showplace inside a large industrial building already shared by Toolbox Co-Working, Fablab Torino, and Officine Arduino.

Casa Jasmina was founded in order to encourage:

Although it resembles an apartment home, Casa Jasmina is actually a combination of lab, gallery space, and B&B, so it needs dynamic management. Casa Jasmina is not merely a kitchen, library, bedroom, and bathroom. It’s a public interface for a larger Internet-of-Things process of building things, acquiring and installing things, removing things, repairing and maintaining things, storing things, recording and linking to things, and, last but not least, getting rid of things.

Casa Jasmina is an incubator, and its purpose is industry-boosting in the Torino and Piemonte IoT space. The successors of the Casa Jasmina project will be real homes with real, innovative products inside.

Team Casa Jasmina consists of the curators and mentors Massimo Banzi and Bruce Sterling, project manager Lorenzo Romagnoli, who is also interaction designer and maker, product designer and community manager Alessandro Squatrito, and blogger and mentor Jasmina Tešanović. During the year students or freelancers collaborate with the team on the project. Apart from the core team, Casa Jasmina is open to people from Fablab Torino (the first Italian Fablab) and their projects, Interaction and product designers who are interested in Internet of Things or open source projects. Casa Jasmina is active on the IoT council and organizes meetups and panels. The entire project is open source, anybody can visit Casa Jasmina, can be a guest, can try out all the projects inside.