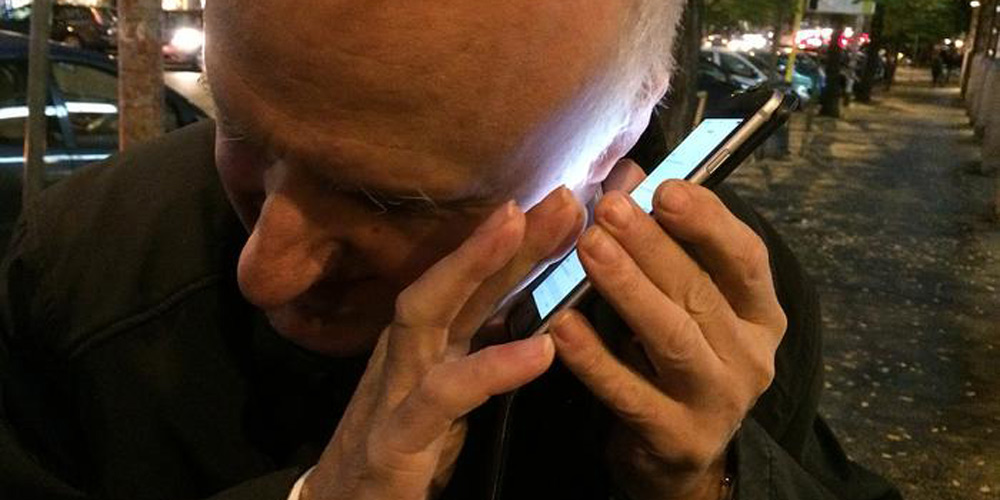 A community-based smartphone project that invites citizens who are blind or partially sighted to share their own experience on the difficulties and facilities they find in their day-to-day lives.

BlindWiki doesn’t just provide information on barriers and accommodations, but is also a repository for storytelling posts. Designed to build a more nuanced location-specific overview of the cityscape as experienced by people with vision loss who interact with it on a regular basis BlindWiki collects experiences and opinions in order to produce a collaborative map of the unseen.

The app allows participants to record site-specific audio and to publish it to the BlindWiki platform. Users have the opportunity to walk through their city with smartphones, receiving data that participants have previously tagged. The app triggers geo-located stories and tagged obstacles. The app not only allows participants to share their findings, but it also raises social awareness on the diverse perception of the visually impaired.

Antoni Abad (ES) is based in Barcelona. 2004–2013 he developed the megafone.net projects based on publications from smartphones of various marginalized groups in Spain, Switzerland, Brazil, Colombia, Costa Rica, Mexico, USA, Canada, and Algeria. His work has been presented at the following art biennials: Berlin 2016, Venice 1999, Lima 1999, Seville 2004–2008; Mercosul & Curitiba, Brazil 2009–2013. In 2006 he was awarded the Golden Nica of Prix Ars Electronica in the Digital Communities category.