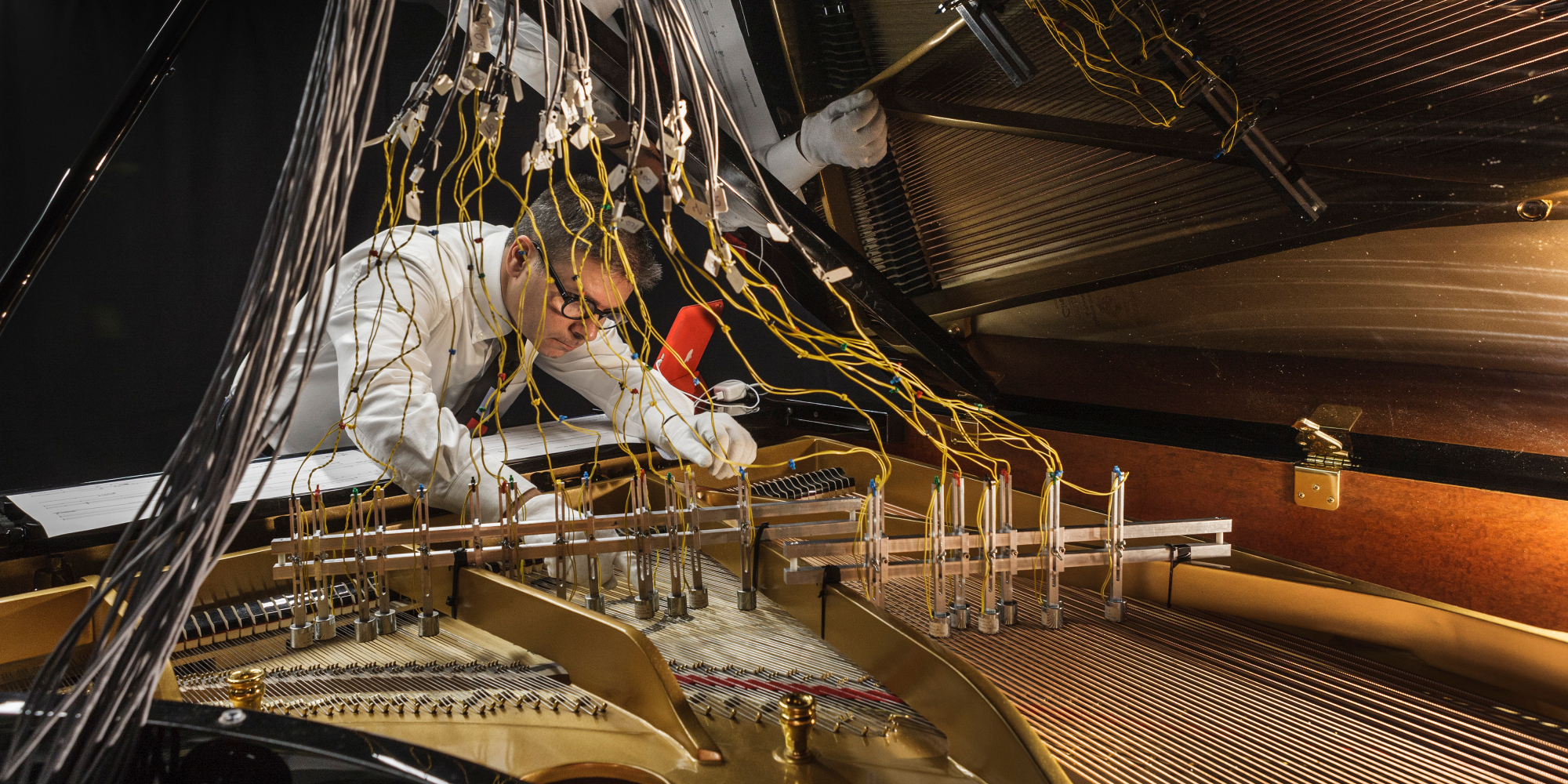 The musical responses produced by the biocomputer are based on music that it had listened to before. The system memorises the sounds that it hears through a microphone and makes variations on them. In essence, the biocomputer works like an Artificial Intelligence musical system. However, there is no complicated Artificial Intelligence (AI) modelling or programming here. The biocomputer uses electronic components grown out of biological organisms, which produce intelligent behavior by default.

My research is aimed at harnessing biological organisms to become components of computing architectures for new kinds of AI, which I paradoxically refer to as Natural AI. I am interested in using biological agents as components of a computer rather than sources of inspiration to implement abstract models for software simulation.

At the core of the biocomputer are biomemristors, which I developed with my assistant Edward Braund at the Interdisciplinary Centre for Computer Music Research (ICCM), University of Plymouth, UK. A biomemristor is a memristor made with a slime mould found in the woods. They normally grow on decaying leaves and tree bark. Its intracellular activity produces fluctuating levels of electricity, which can be relayed through its body, and this prompts it to behave like a memristor. The memristor is a relatively unknown electronic component: it is a resistor with memory. The memristor is exciting because its behavior has been found to be comparable to the behavior of biological neurones and certain processes in the brain, which is paving the way for the development of brain-like processors. The discovery that a slime mould can be harnessed to act as a memristor is providing an alternative, and perhaps more environmentally friendly, route for making memristors: to grow them out of biological material.

Eduardo Reck Miranda: Eduardo’s distinctive music is informed by his unique background as a classically trained composer and Artificial Intelligence (AI) scientist. He studied music and computer science in his native Brazil and at the University of York in England. He subsequently received a PhD in sound design with Artificial Intelligence from the University of Edinburgh, Scotland. He worked at Sony Computer Science Laboratory in Paris as a research scientist in the fields of AI, speech, and evolution of language. Currently he is Professor in Computer Music at the University of Plymouth, where he founded the Interdisciplinary Centre for Computer Music Research (ICCMR).

Can a genuine sense of creative partnership be established between a human and microorganism? Miranda’s Biocomputer Rhythms sets out to examine how a computer built out of living slime mold can play with and improvise on a musical instrument—in this case a piano—together with a professional musician. The resulting duet between the two living entities is unpredictable and suggests a new kind of “creation of a machine that is creative,” as Miranda describes it. The jury agreed that Biocomputer Rhythms is a significant exemplar of recent Bioart practices that continue to blur the lines between the programmable, the calculable, and the unpredictable. The work extends the range of existing interactions between humans and silicon-based computers, and offers a speculative creative application that is, perhaps, more aligned with the human tendencies to hesitate, improvise, and contrive.