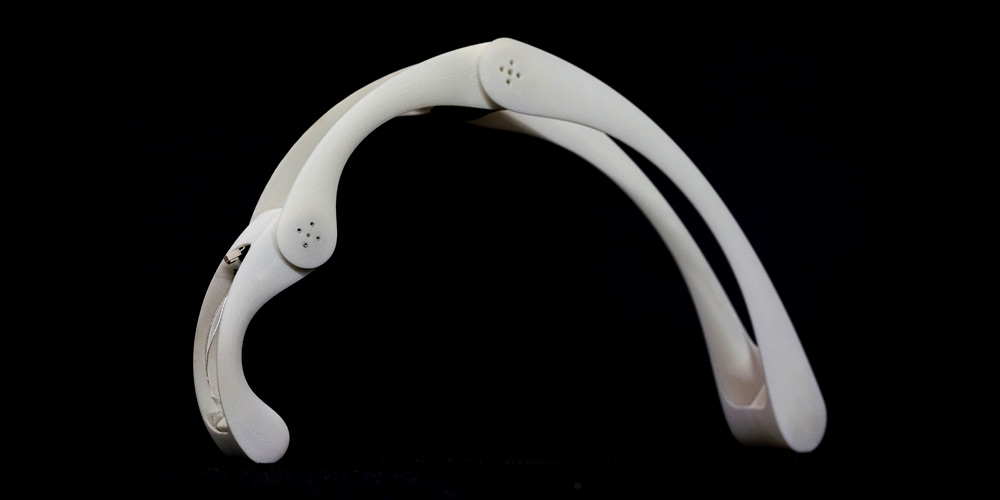 Apostroph is a prototype of a robot designed to study the intrinsic behaviors of living organisms. Standing up and counteracting gravity is characteristic of living organisms. We fight gravity and stand on our feet, adopting the posture that puts the least strain on our body joints. In Apostroph, the joint contains the motor which is programmed to resist external force. These motors rotate in the opposite direction to the rotation caused by gravity. Apostroph tries to lift its body, in the same way as a human being stands up. The unique movements of Apostroph―constantly transforming from a bridge-like arc, slipping just past its own skeletal framework, and rolling into a wheel―is a form of exploration to reach the point of stability, much like our own efforts to stand up on our own feet.

Manfred Hild (DE) studied mathematics and psychology at the University of Konstanz and got his doctoral degree at Humboldt-Universität zu Berlin. Since 2014 he is professor for Digital Systems at the Beuth University of Applied Sciences Berlin.

Mitsuru Muramatsu (JP) is a designer / researcher. He received the Master of Media and Governance and completed the PhD Program without a degree at Keio University.
He won the Grand Prize in the interactive art category of the Asia Digital Art Award 2015.

Shunji Yamanaka (JP) is a product designer / professor at the University of Tokyo. He has received many awards including the 2004 Mainichi Design Award, the iF Product Design Award, and the Good Design Gold Award.