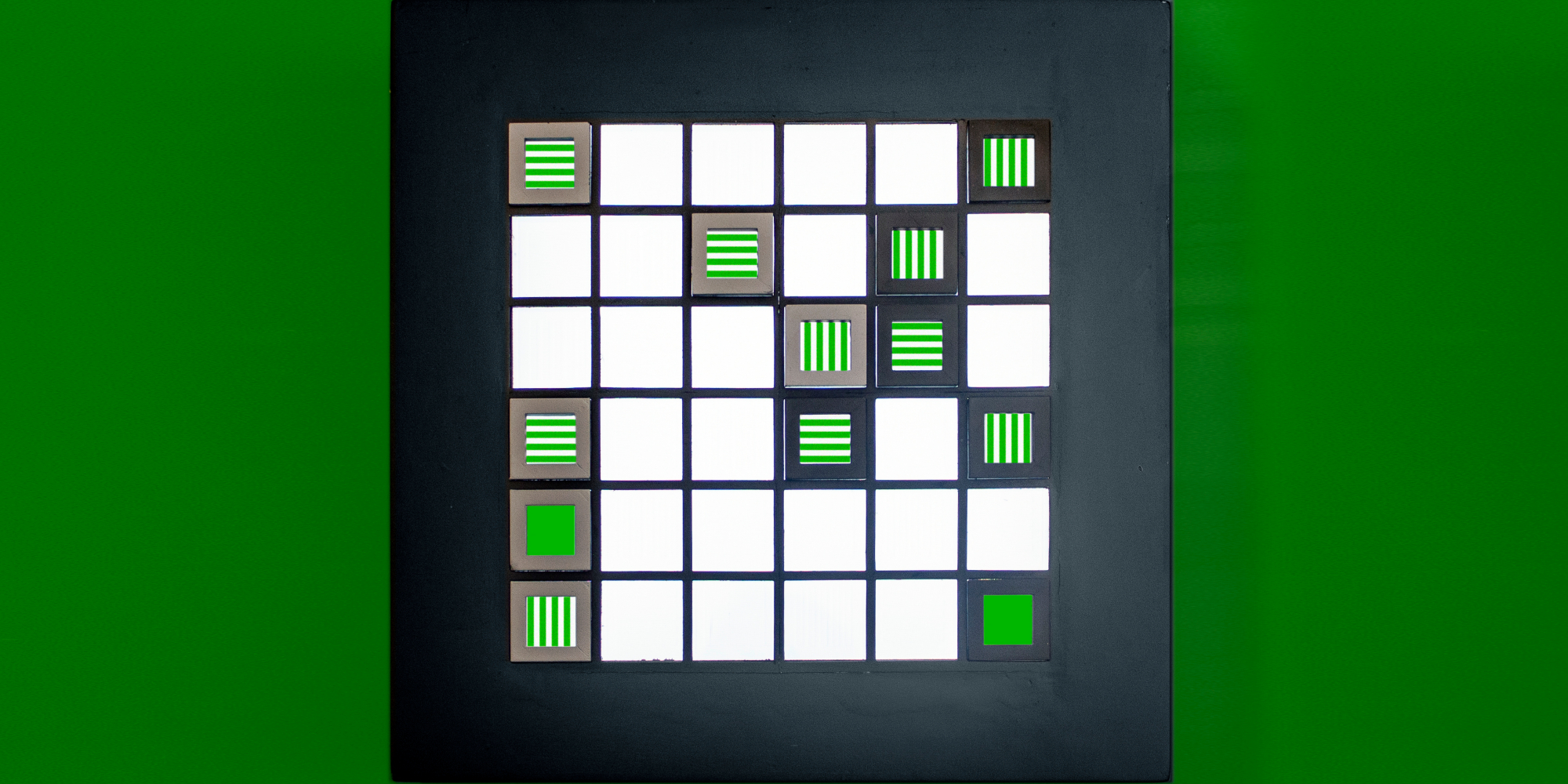 Alterplex is a strategic board game where the board is invisible, except seen through the pieces. The moving properties of the pieces are decided by the animations of the board, constantly changing, following a hidden pattern. The game is synchronized with a musical structure that guides the players with timing and strategy. As the players have to predict many possible futures, the game becomes a training tool for non-linear thinking.

The rules are very simple; each piece can move in the same direction as the animation inside the piece. If the animation is still, it may not move.
The key to master this game is to predict the changing patterns of the board by following the music. The patterns change in cycles of 10 seconds with 6 different colors, completing the loop in 1 minute. Both players move whenever they want within a cycle.

Hakan Lidbo. Following a career in electronic music with more than 350 records released within numerous genres, Hakan Lidbo is now exploring new ideas with the same inexhaustible energy in the fields of interactive art, games, innovations, architecture, society, media, events, and robotics. He also founded the Rumtiden Idea Lab in Stockholm Sweden, where his team explore the intersection between new art forms, science, and society.