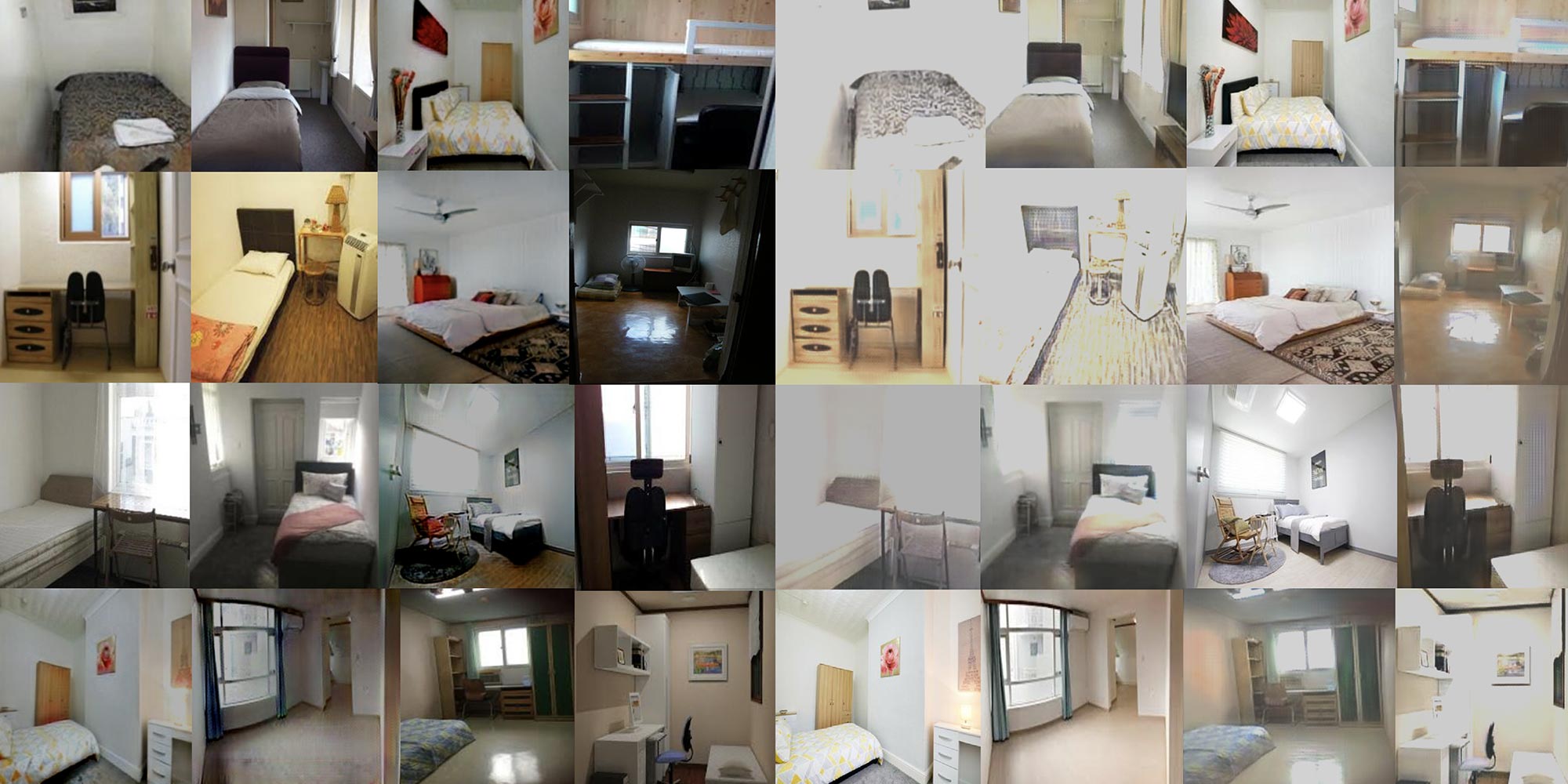 In a Small Room focuses on two social issues, the first being the problem of poor living conditions in modern metropolitan areas, such as London and Seoul. The demand for housing in large cities, such as London, has greatly increased, but supply has not caught up with demand, a problem that has given rise to a cramped, prison-like residential environment.

The second issue is the dazzling advertising designed to inspire in potential consumers the wish to buy a service. The advertising medium disguises poor living conditions by creating false images to bolster profits. I explore the gap between advertising and reality, producing work intended to have an impact in the real world.

This project uses artificial intelligence, virtual reality, film, a literature review, interviews, and experiments to study how existing images are transformed into visual advertising images. The work has four components: an interactive web application (CycleGAN), films, a VR installation, and a research paper.

KyungJin Jeong (KR) is a designer, artist, and researcher with an interest in the social concerns people face in daily life. She believes that artists, designers, and researchers can reveal such concerns to the public through their work and offer feasible solutions to them. KyungJin earned a master’s degree with distinction in Information Experience Design from the Royal College of Art. She holds dual Bachelor degrees in Media Interaction Design and Convergence Design from Ewha Womans University.